When you watch a Top Fuel Motorcycle rider going at it and wonder how their nerves ...

When you watch a Top Fuel Motorcycle rider going at it and wonder how their nerves aren’t erupting into a ball of flames, you’re not alone. I don’t think that too many humans can take a look at something like a 250 mph motorcycle pass in just a quarter of a mile and think that it’s something that looks easy. In fact, I think that the majority of people, even those who are privy to everything drag racing would take one look at these kinds of rides and probably comment on how crazy these riders really are. I mean, they have nothing between themselves and the ground which means that this takes a massive set of cajones in order to be able to pull off.

This time, you get to not just witness a Top Fuel pass from the perspective of somebody spectating but from the perspective of somebody who’s riding along as you’re able to witness the action from the rider’s point of view, rocketing to such speeds through this rider’s very own eyes as he conquers the concrete, going yard in an amazing blast that really will put you back in your seat, even if you’re only watching from the safe side of the screen where nothing dangerous is going to happen.

If you follow along down in the video below, you’ll be treated to an adrenaline pumping pass of a lifetime that is really sure to knock your socks off. After watching something like this through the scope of an action camera, be sure to tell us how likely you would be to do it in real life on a scale of 1 to 10. I’m not sure that there are too many people in this world who would actually be brave enough to hop on and go for such a wild ride. 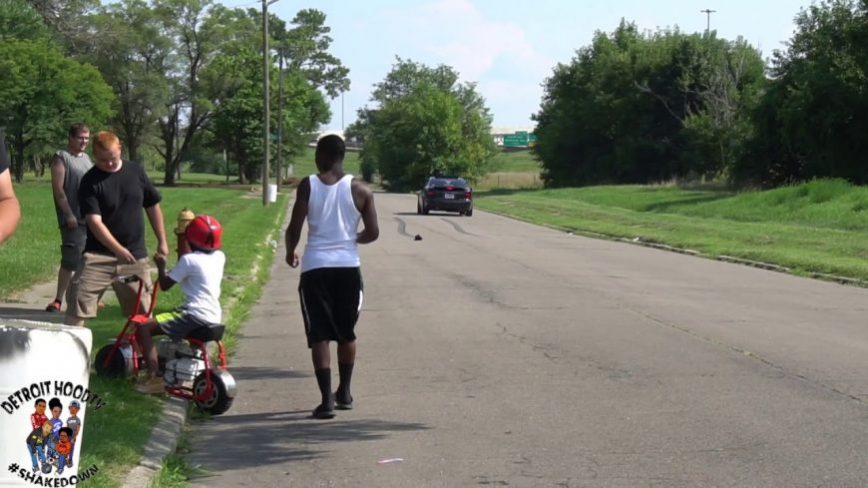