Tosh.0 Reveals the Real Man Behind the Larry Enticer Character 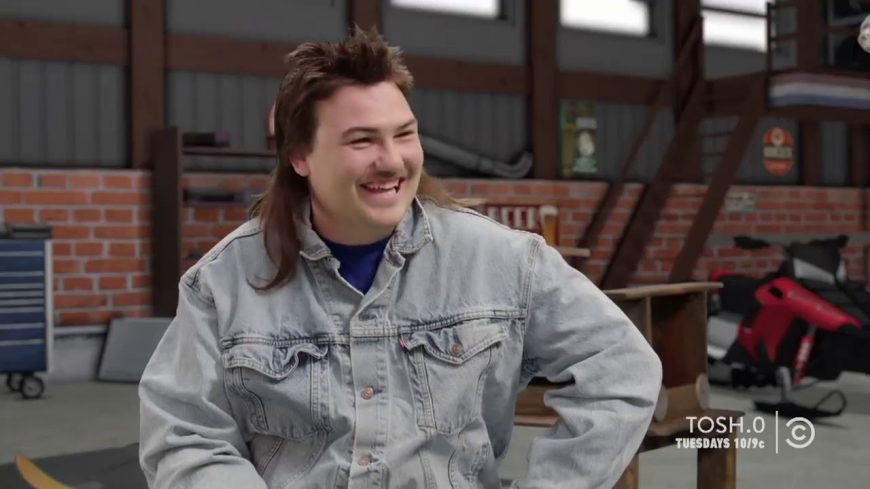 If you’ve been on the internet at all over the past couple of months, there’s a good chance that you have probably heard of Larry Enticer. The character seems like a happy-go-lucky snowmobiling enthusiast who seems to not have a care in the world but would rather focus on “sending it” as the character’s catchphrase goes. However, as you might have guessed, we’ve come to find out that this icon isn’t necessarily a figure that lives on when the camera turns off but instead is an alter ego of a man named Bennett who just likes to have a good time!

Now, we’re sure that some of the characteristics carry over from Bennett to Larry but Bennett says that attributes Larry’s whole personality to a little bit of liquid encouragement that allows him to go above and beyond on the snowmobile. It’s not something that we would probably recommend to our readers, but it’s working for Larry who seems to have put together a whole following based on his edgy attitude behind the handlebars of the snowmobile that have made a whole bunch of people fall in love with exactly what he has to offer.

Follow along in the Tosh.0 clip down below that dives a little bit deeper into the character of Larry Enticer, telling us a little bit more about the man behind it, exactly how old he is (*Spoiler Alert* he’s not as middle-aged as he looks), and how the heck he managed to come up with such a character. If you’ve ever wanted to see what the man behind THE MAN is like, now is your chance to get a little bit of a glimpse.

« Spare Tire Stretch On a Full Size Rim… But Why?