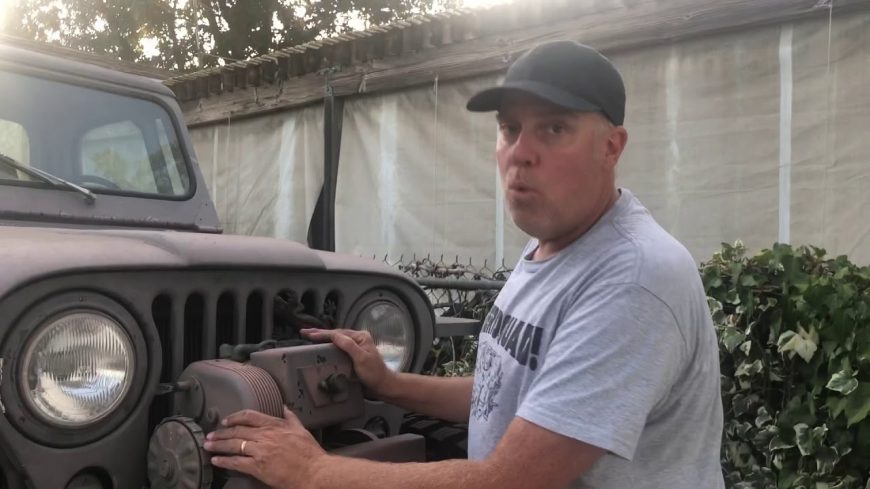 If there’s one thing to be said about David Freiburger, it’s that nothing he drives is conventional. Upon a first look, something like his Jeep Scrambler might seem rather simple. Sure, it looks like maybe it was shortened up a little bit and has a lift kit slapped on it to fit some bigger tires. However, when he really starts to dig into the machine, it’s anything but simple. In fact, it’s hard to find a piece that isn’t custom made.

From nose to tail, we find all sorts of different modifications that really make this Jeep one-of-a-kind. The amount of fabrication that has gone into painting the picture that the Jeep has become is really nothing short of a grocery list. It really seems, as if with every vehicle, Freiburger has a precise vision. No matter how extensive the modification, he won’t stop until that vision comes to life.

In this one, we get the full rundown of everything that can be expected with his Scrambler. We have to warn you that this Jeep is one that has stirred up quite a bit of controversy. David tells the camera that lots of people have been disappointed with the modification that has been done to it. Essentially, the Jeep has been chopped into something other than its original self. However, he contests that the modifications aren’t exactly what people think. When we really get down into nuts and bolts of it all, we can definitely see where he’s coming from.

By following along with the video below, we get to see one of the more popular Scramblers on the web these days. As Freiburger insists, when he got started with this one, it was a platform that nobody really wanted. However, after going over his own, we think the world needs more custom Scramblers!

« The Subaru Baja Turbo is a Weird, Fast Subaru… Truck?