Just like any other build in whatever corner of motorsports tickles your fancy, rock ...

Just like any other build in whatever corner of motorsports tickles your fancy, rock bouncer builds have a lot of details that need to be perfected. We might not think of it at first. After all, their end purpose is rather brutal. One wouldn’t stop and think about all of the care invested in constructing a machine that was basically designed to be thrown around like a dodgeball.

This time, though, we get to see just how far from the truth that really is. In fact, some rock bouncer builds really take the time to look good as well as perform the part, too. Even though these things are probably going to end up having all sorts of debris chucked at them and probably end up rolling over at some point, many builds come together with a great level of pride.

This time, thanks to our friends over at Busted Knuckle Films, we’re able to take a look at one of the cleanest rock bouncers that we think that we have ever seen in “Tantrum.” In addition, Tantrum also promises to be the world’s strongest rock bouncer.

As we take a look around the rig, it looks like no stone has gone unturned. Those responsible for bringing this thing together really paid some intense attention to detail to make sure that the machine looks as good as it performs. At the end of the day, if this thing lives up to the high promises behind it, we’re going to see one wild show.

By following along with the video below, we get a front-row seat to witness what exactly makes these rigs great. After getting the grand tour here, we’re turned on to all sorts of ideas that we might have never even thought of. The types of considerations that builders have to make in order to make an effective bouncer are downright wild! 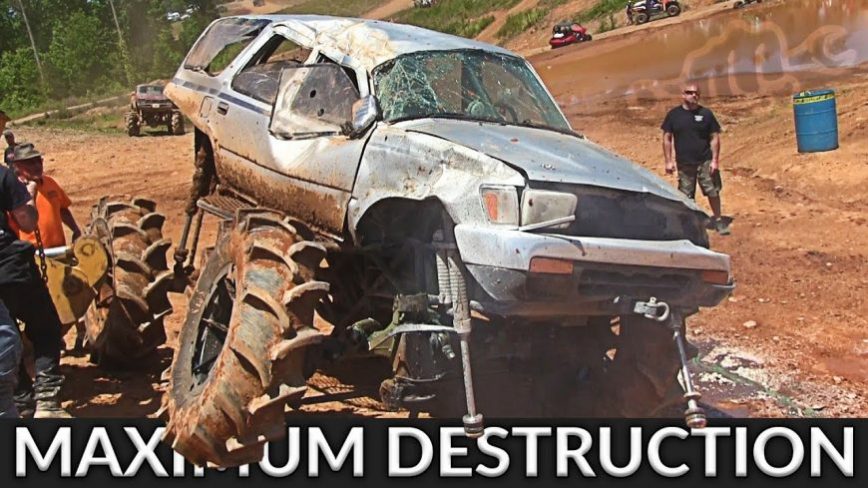