Tow Truck Operator Flips Over Car With Driver Still Inside 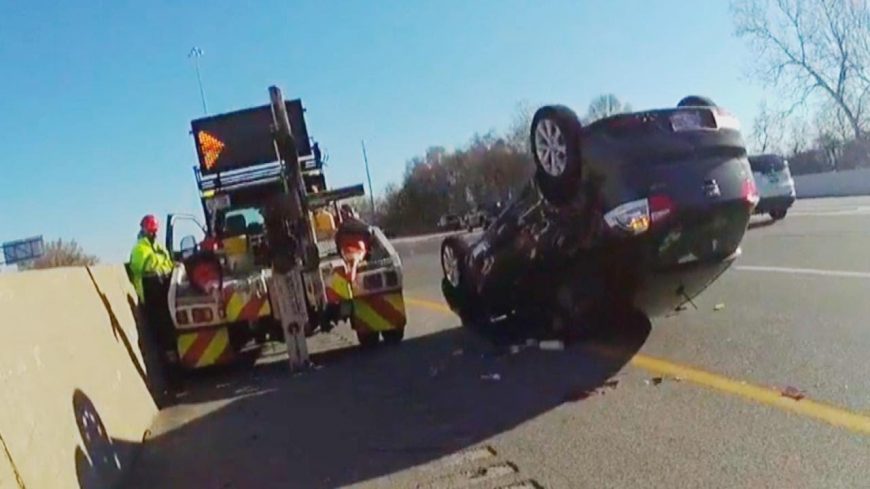 Have you ever wondered why truck drivers sometimes won’t lift up a vehicle with the driver still in it? After all, this is a profession where sometimes, drivers need to hop to action. They don’t always have the opportunity to think twice about what’s going on before locking a car up. If they hesitate, in certain situations, the vehicle might slip out of their grasp.

In this situation, that wasn’t exactly what the events had been leading up to. In fact, it looked like a rather peaceful encounter on the side of I-71 in Cleveland. For one reason or another, the vehicle pictured here was about to be towed, though. The tow truck driver maneuvered his truck into place and apparently, he was getting ready to ask the driver to exit the vehicle. However, before any of that would happen, the tow truck would begin to lift the vehicle into the air.

Before we know it, the scene escalates out of control. The vehicle ends up rolling off of the back of the tow truck and straight into traffic. This had to be a terrifying event for all involved, especially the poor driver who was now trapped inside of the vehicle on the highway, upside down.

Following the incident, we do learn that the driver did end up suffering a concussion. This is certainly going to be one messy situation to pick up the pieces from.