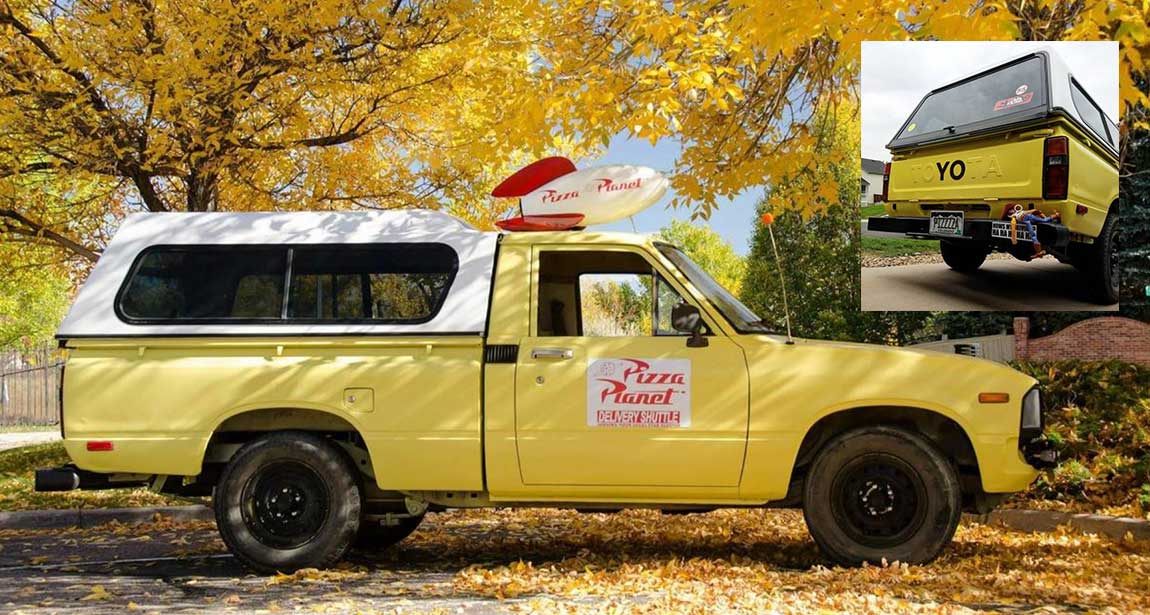 Over the past decade or two, there are several movies that really define pop culture in that era. Toy Story might just have ended up being one of the most popular movies of all time. Even these days, we recall the adventures of Buzz and Woody running through Andy’s house and avoiding detection. The movies have been so popular that they’re due to come out with a fourth installment in about a week and a half. This comes 24 years after the original Toy Story was seen in theaters. Movie aside, we can only imagine that an insane amount of merchandising was done as well.

One piece of merchandise that folks won’t be able to buy in the store, though, comes in the form of a 1983 Toyota pickup truck. We all know how these vehicles can act almost like a character themselves in movies.

There’s a certain quality about some vehicles that really adds an extra element to our favorite storylines. In this story, many might look to the Pizza Planet delivery truck as one of those elements. Someone loved it so much, in fact, they decided to make a full-size real-life replica.

Late last year, the delivery shuttle was seen floating around on Craigslist for a cool $2500. Included in the modification, of course, is that pale yellow paint job that we have all become familiar with. In addition, we see the Pizza Planet marketing on the doors and the plastic sign on the roof. This comes along with the “YO” accent that we saw in the movie, presumably to get around copyright with a creative touch. Last but not least, we definitely have to have Woody hanging off of the back bumper. The truck wouldn’t be complete without him.

Since this listing had originally gone viral, it appears as if the truck has sold. We can’t say for sure where it ended up landing. However, with a little bit of dedication and some elbow grease to spare, this doesn’t seem like too difficult of a build to be able to execute.

« “Live P.D.” and “COPS” Television Shows Cancelled in the Midst of Protests & “Paw Patrol” Might be Next