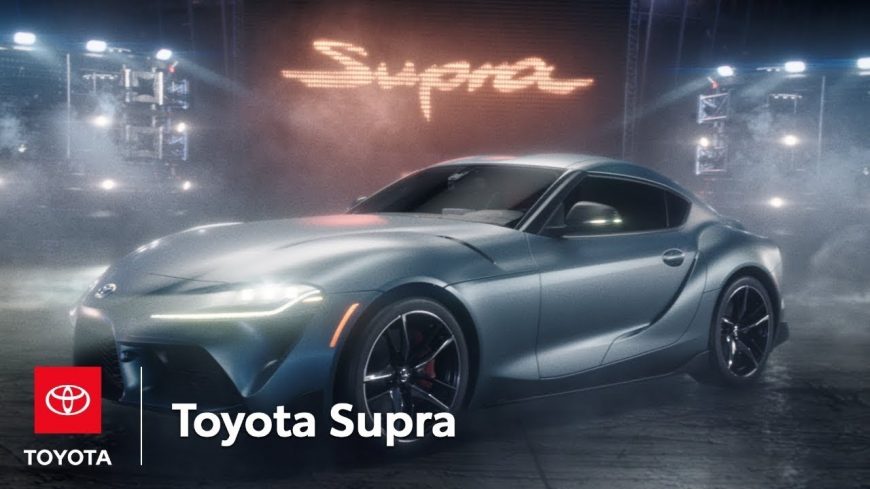 In one of the most controversial and polarizing moves in recent automotive memory, Toyota has finally revealed the 2020 Supra. The design, which shares admittedly very little with the iconic MKIV Supra we last saw in the mid-1990s, has certainly drawn its share of hate, seemingly outweighing the love some have shown for the car.

Until last night’s Super Bowl broadcast, we’d really not seen too much fun being had with the car in the early marketing campaign, and now we know why: they were saving the fun commercial for their spot in The Big Game. And I have to admit, while it doesn’t really change my opinion of the car (I’ll get to that in a moment), the commercial is a pretty well-executed bit of marketing.

Backed by a classic rock tune about a pinball wizard, the commercial features a silver Supra as the ball in a giant pinball machine, speeding and sliding around the bumpers and obstacles – and a giant angry snowplow-esque obstacle – to light up the lights on the scoreboard, revealing the stylized Supra logo. The commercial is fun and upbeat and portrays the car as agile and quick. With a respectable 335 horsepower under the hood and 4.1-second zero-to-sixty times, the car is certainly not to be written off. Those aren’t really super impressive numbers when you look at cars like the Mustang GT with over 120 more horsepower for just a little more money out of pocket, but as with most performance-based cars, I fully believe the horsepower output will climb by quite a bit over the next few years, depending on how well the car is received.

As far as what I think about the car, it could have been a huge launch for Toyota under any other name. I feel the Supra name is hallowed ground, and if a predecessor were going to be made, it should carry more of the previous generation’s DNA. I like the look of the car, and the performance is respectable, but it’s just not quite what I think the Supra should be. Hopefully Toyota is listening and will be taking the car to the next level sometime in the near future, but for now, it’s just okay in my opinion.