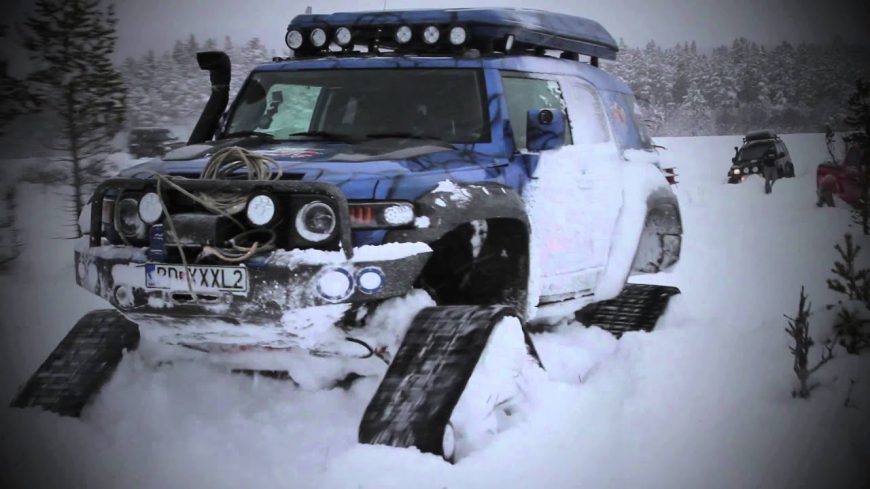 It’s no secret that Norwegian winters can be tough. Even more so than other parts of the world, Nordic Countries tend to have an abundance of snow dumped on their heads. Therefore, the area probably has measures in place to be able to combat extreme weather conditions.

This time, we check in with one machine that definitely is built to be able to handle the snow. We seriously doubt that every vehicle in the region has tracks onboard. However, for one Toyota FJ Cruiser owner, tracks were definitely in their future.

The FJ Cruiser already seems to be a rather capable off-road vehicle. Just imagine adding tracks into the equation and adding traction where there was previously none. We would even venture to think that something like this is nearly impossible to get stuck. Include the heavy-duty winch on board and you have yourself a formula for a great time along with tons of utility that should keep you moving forward.

By following along with the video below, we really dig into the Norway off-road scene. We’re not sure about you but this FJ really gives us an itch for a little bit of off-road action. Went comes to performing in any terrain, does it really get much better than this? Heck, we might even go so far as saying that this could even be the ultimate post-apocalyptic survival vehicle.

There’s no stopping this beast of a machine!