The state of California is battling not one, but two massive and deadly wildfires. ...

The state of California is battling not one, but two massive and deadly wildfires. The Woolsey Fire is currently burning near Los Angeles, while the Camp Fire is raging in Butte County in Northern California. Crews are working frantically to contain the fires, but both are spreading at alarming rates and as of this writing, the Camp Fire is already the deadliest wildfire in the state’s history, having claimed 48 victims.

There are some horrifying images coming from the devastation, as well as stories of both tragic loss and heroic efforts to prevent further loss of life. One of the stories that has gotten a lot of attention on social media is that of a nurse who drove his Toyota Tundra back into the fire to rescue complete strangers, risking his own life to help save others from the flames. The searing heat caused significant damage to his truck, charring the body panels and even causing the taillight lenses to melt and drip down the rear of the truck.

He managed to escape, though, and when he posted the story on his Instagram, Toyota USA replied that they would replace his damaged truck in honor of his heroic actions. The generous reply obvious garnered an immediate reaction that swept across all forms of social media, even flooding my own timeline yesterday and today.

While there is still a huge battle to be fought, it’s great to see some positivity coming from such a terrible disaster. At last report, the Camp Fire is only 30% contained, which means it’s continuing to spread. The Woolsey Fire down south is almost 50% contained, with full containment expected by November 18th (4 days from this writing). 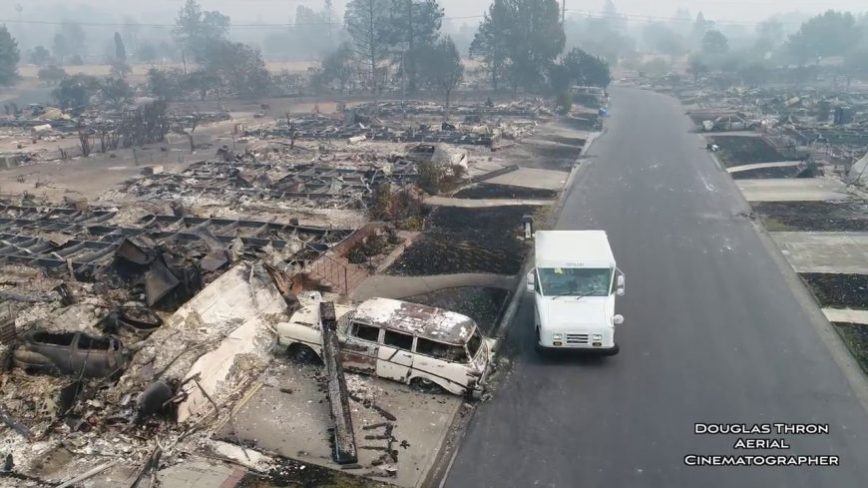