Tractor Pulling To The Extreme! 3x Turbines and 4,800hp! 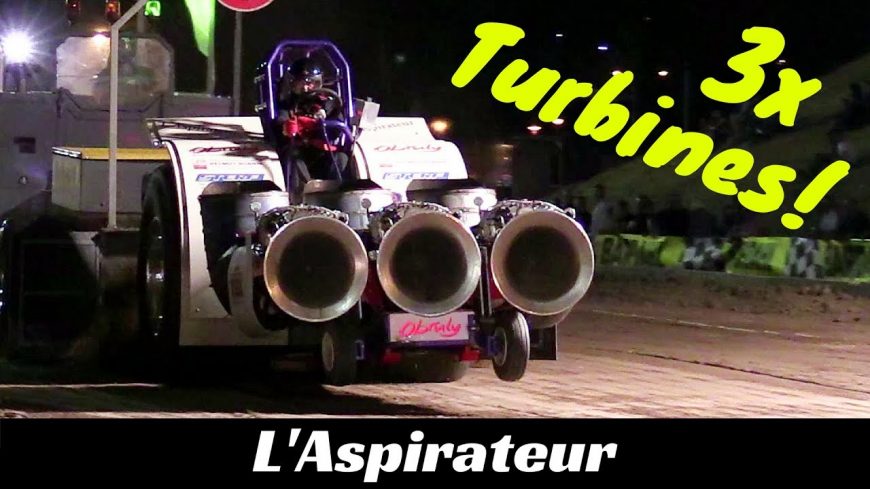 Just when you thought that your car or truck was making a ton of power, out comes a machine that will put it to shame without even really flexing its muscles. There’s no need to be down about yourself, though, because I’m sure that there aren’t too many people out there making this kind of power! These tractor pulling beasts are really on a level of their own when they get to action. This time, we check out such a machine as powered by three turbines that make an excessive amount of power that really bullies the dirt out there as it pulls its way all the way down the surface with a heavy load on the back. It really makes the competition look easy as it cranks out some insane horsepower to get the job done.

With this machine, we get to see the likes of 4800 hp in motion. With this kind of big power, you’d feel like the tractor pull beast could manage to change the rotation of the Earth if the driver isn’t careful as he lays into the throttle and really sends all of that mass into an all-out acceleration that will boggle your mind. Seeing something this massive making that much power is really a delight and makes you think about the possibilities of such insane pieces of equipment that can go above and beyond to accomplish amazing things in their respective fields.

Follow along down the video below as the driver behind the controls of this mean machine cracks the throttle and it screams a blissful note that is indicative of all of the power coming out of the other end.  Be sure to check out the master machine in action and tell us what you think of this tractor pull that put everyone in attendance on notice that this brute is here to take over!

« Only In Russia WIll You See a BEAR Riding a Sidecar!