Train Derailed by A TORNADO Caught on Onboard Camera 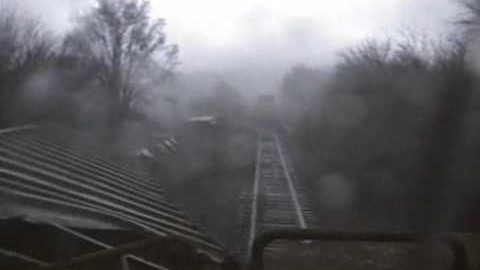 Train Derailed by A TORNADO Caught on Onboard Camera

When this train conductor was minding his own business and doing his job, suddenly an F3-power tornado crossed the path of the train, causing the ultimate disaster!

At first the wind decided to attack and blow over the first couple of cars and then, when we thought the incident was over, the rest of the train continued to roll into the engine and cause one heck of a disaster.

Check out the video below as mother nature wreaks havoc on this train relentlessly! Apparently that isn’t where it stopped either as the tornado went on leveling farms and even flipping over a semi-truck! This conductor is lucky things didn’t get worse!

This jet powered drag race isn’t for the faint of heart!

« NEVER Get Stuck in the Mud Again! GREAT INVENTION!