One of our favorite parts of the automotive customization community is that even with ...

One of our favorite parts of the automotive customization community is that even with a given platform, one can never truly pinpoint exactly what a build is going to end up yielding. Sure, with an example like a Fox body Mustang, the most common idea would be that somebody would turn it into a drag car of some sort. However, with a brilliant thinking mind and enough know-how to get the job done, these machines can turn into pretty much anything that can be thought out. It’s a treat when you see somebody think of an extravagant concept and execute on a high-level, bringing these ideas to life and giving a new perspective on something that we thought we knew.

With something like a super old school Chevrolet pickup truck, you would think that naturally, it would be transformed into some sort of street rod. However, for this creation known as the “Sick 50” mega truck, it isn’t a street rod at all. In fact, it would probably be pretty illegal to take this thing anywhere near the street. However, what came out on the other side of this creative process is a mega truck that really stands out from the pack of the mud grapplers. This thing throws a twist in the mix that we think everyone has absolutely got to see and might even be something that gets folks Interested in the sport that might’ve never previously even thought about it.

It might have taken $80,000 and an entire year to put this one together but when checking out the final version of this monster, I think that most people would tend to agree that it’s most certainly worth the investment on all fronts. Not only is this mega truck a looker, standing out from the pack in that way, but we would venture to say that it’s also a competitor on any given race day. 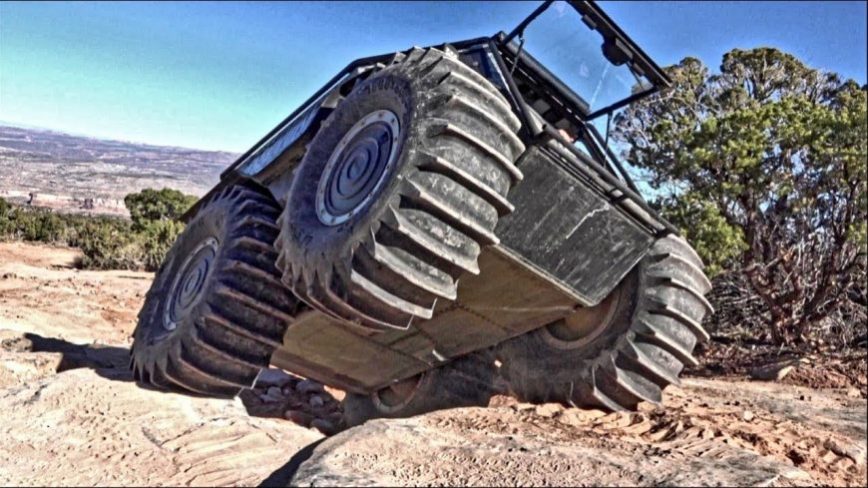