Travis Pastrana gets behind the wheel of 11,000 HP Top Fuel Dragster 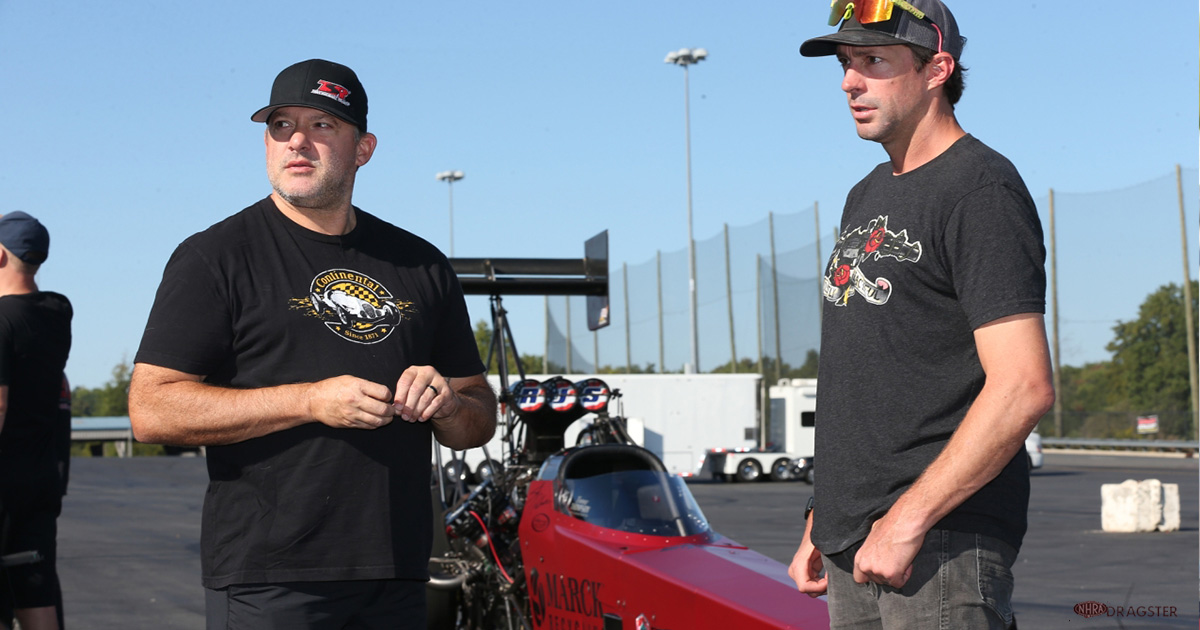 Alex Laughlin would return to the place where he kicked off his professional career this past weekend for the Betway NHRA Carolina Nationals. The event took the racer to zMAX Dragway in Charlotte as Laughlin comes off of an Indianapolis event where he was fighting a couple of gremlins with his Top Fuel machine.

Carolina would give the racer an opportunity to continue to settle in with his relatively new role behind the wheel of a Top Fuel Dragster following a transfer from Pro Stock. 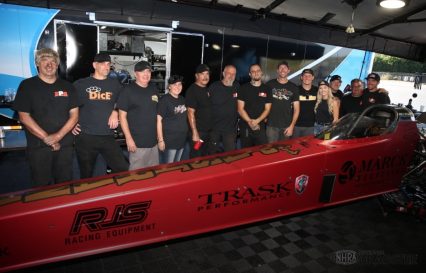 Laughlin took to Facebook to highlight a qualifying pass that he felt particularly good about. Alex relayed “3.81 at 320mph and it’ll certainly get your attention after door car-ing it for the last couple of weeks. I still have such a soft spot for the door cars and especially my NPK Corvette, but there’s nothing like hanging onto a rocket like this at 320+ mph. I LOVE IT, ALL OF IT!!!!”

Laughlin also spent part of the weekend getting the car ready for action sports legend Travis Pastrana, jokingly hooking up the machine with a dirtbike seat, as we see in the post below.

All jokes aside, following the event weekend, Laughlin and Pastrana would join forces on Monday with the aim of getting Pastrana his NHRA license behind the wheel of the 300+MPH ride. 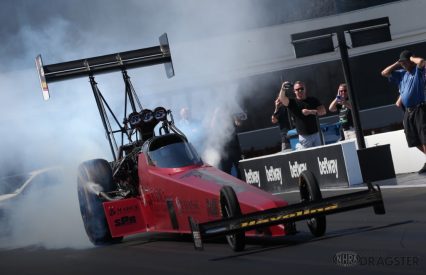 Unfortunately, the stars didn’t align for Laughlin during the remainder of the qualifying runs and he would draw a hot talent in the number one qualifier, Justin Ashley, in the first round. Laughlin couldn’t quite get past the driver who would go on to the finals. However, he took to Facebook to explain that he thinks the best is to come.

Laughlin told his fans, “We’ve been a little behind competitively this year and we 100% are better than what we’ve been showing,” he continues, “We’ve had some bad luck and some of those bizarre problems showing their face in an unwelcoming way but we’re kicking them to the curb as quickly as possible. There’s certainly worse ways to be spending our time and I’m forever thankful for our guys and the team it makes.”

Up next, Laughlin will try to put the gremlins and bad luck behind him as he heads home to race in Dallas.

« Travis Pastrana Goes for His Top Fuel License With the Help of Alex Laughlin, SPR