If you’re familiar with Travis Pastrana, one of the most extreme athletes to ...

If you’re familiar with Travis Pastrana, one of the most extreme athletes to have ever done it and the crew at Nitro Circus, they’re always looking to push the limits on exactly what gravity will allow. You probably know that these guys take their share of thrills and spells if not more as a direct result of that. Sure, the fact that the crew is basically defying death on a regular basis is a lot of fun to watch, however, when you really stop to think about the long-term effects of what that could have on someone’s body and just how serious some of these situations really can get, it makes you appreciate the acts all that much more.

Because it’s on television and you can basically turn the show off whenever you want, you could tend to not have to deal with the parts of this job that are the more most worrisome and provide the biggest struggle. For example, Pastrana tells us in one Graham Bessinger interview about the one stunt toward the beginning of his career that almost ended it all before it really even got rolling. When you hear about the seriousness of this particular display, it really helps to put things into perspective as to how much you can appreciate what these guys are doing while throwing their bodies in the air.

In the video below, Travis tells us a little bit about the broken bones, countless blood transfusions, and other situations that he is got himself tied up in that just about anybody who cares about another person would probably be pretty concerned about. Most prominently of them all, however, he tells us of the situation early on in his career that he’s one of only three people who have ever survived such an injury. Basically, what happened is his spinal column would be thrust through his pelvis in a situation where Travis should account for himself as being lucky to have not bled out.

I guess at the end of the day, at all really circles around to the point where Travis tells us that he would rather avoid being like most people who are avoiding dying but instead someone who is trying not to avoid living.

Travis Pastrana: My night Terrors are Getting Worse 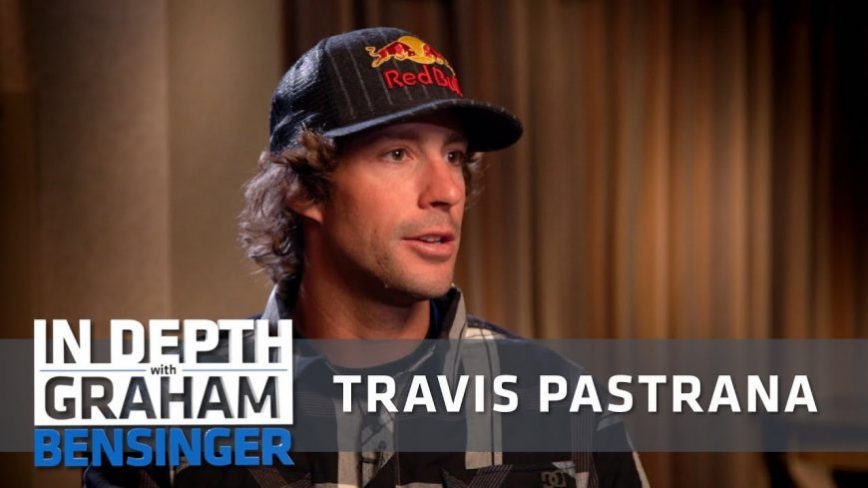