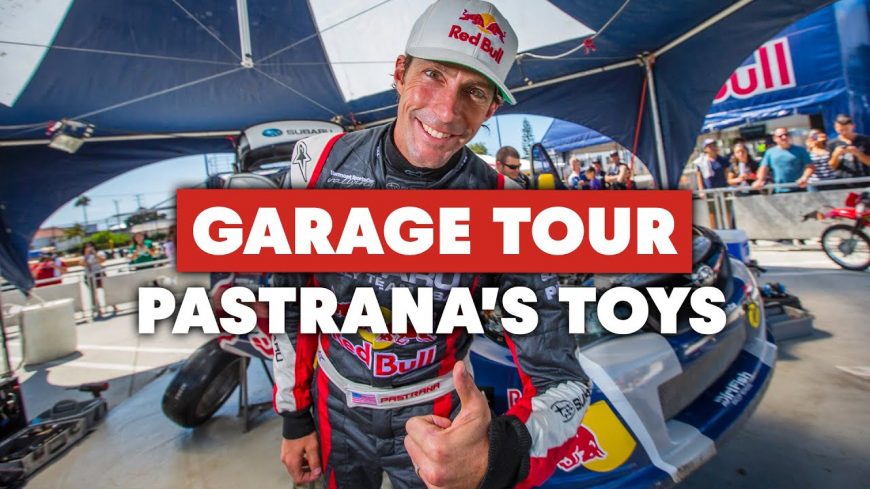 When talking about some of the biggest names in motorsports history, Travis Pastrana has to be included in that conversation. He has been behind the controls of just about anything with a set of wheels. Not only that but Pastrana has also managed to push the limits just about every time. Whether it’s a dirt bike or a rally car, Pastrana has probably given most fans a dose of adrenaline.

With such an illustrious career can come some pretty awesome playthings should the man choose to spend his money that way. Let’s be honest, for anybody who has absorbed even the smallest dose of familiarity with the adrenaline junkie, they know that’s exactly the case.

This time, we get to follow along as Pastrana takes us through some of his coolest toys in his epic garage. From top to bottom, this place is absolutely covered with all sorts of things that are designed to help have a great time.

In addition, we see all sorts of sentimental items that surely have a great story behind them. For those who have climbed to the top of the ranks in their respective industry, sometimes, it might not just be about the wins. Don’t get us wrong, Travis is probably pretty proud of the stack of gold he has going on.

However, it seems to be the relationships and the memories that really make him get excited as he talks. As we head through the different pieces of signed memorabilia and hear stories along the way, we can’t help but wish we were there for some of them.

By following along with the video below, we get to check out some of the goodies that Pastrana has piled up over the years. It seems like this is a guy who has definitely lived life at wide-open throttle!