Travis Pastrana’s Sand Yank Knocks The Wind Out Of Him!

Travis Pastrana’s Sand Yank Knocks The Wind Out Of Him!

If you’re talking about Travis Pastrana and the guys of Nitro Circus, they are ...

If you’re talking about Travis Pastrana and the guys of Nitro Circus, they are always kicking things up a level, really trying to go above and beyond to pull off some of the most physics-defying stunts that a human being could possibly manage to muster. However, as you can imagine, with displays like that, it might not always necessarily be the safest thing to take a crack at. Alongside all of those high-intensity maneuvers come some high-intensity injuries. It almost seems to be like a part of the job at this point for these guys, acting as an occupational hazard for the crew that really kicks it up a notch every single time that they go at a certain concept with a full head of steam.

This time, we check out one of these stunts that isn’t necessarily all that high flying but really puts Pastrana in a world of pain. In a stunt that’s known as the “Sand Yank,” it would appear as if the goal here is to jump off of a small hill of sorts, and when your body hits the body of water below you, a boat is already accelerating as the individual trying out the stunt hangs on to a tow rope, hoping that the boat will pull them along in the water, or at least one would hope. However, as it turns out, this might not have exactly been the ending that Travis had his head when he thought that we would attempt to try this one. The result certainly was a little bit different here.

If you follow along with the video below, you might want to brace yourself because you can almost feel this one coming at you straight through your computer screen. You know that he wasn’t feeling good when he was sucking air like that after the wind got knocked straight out of this professional adrenaline junkie. Getting your wind knocked out of you is a situation that most of us have been in and it really has the tendency to scare the life out of you for a moment! 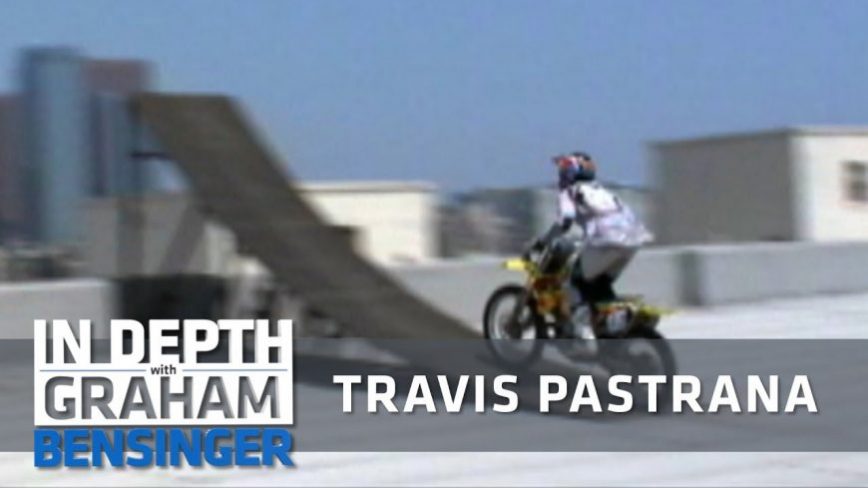