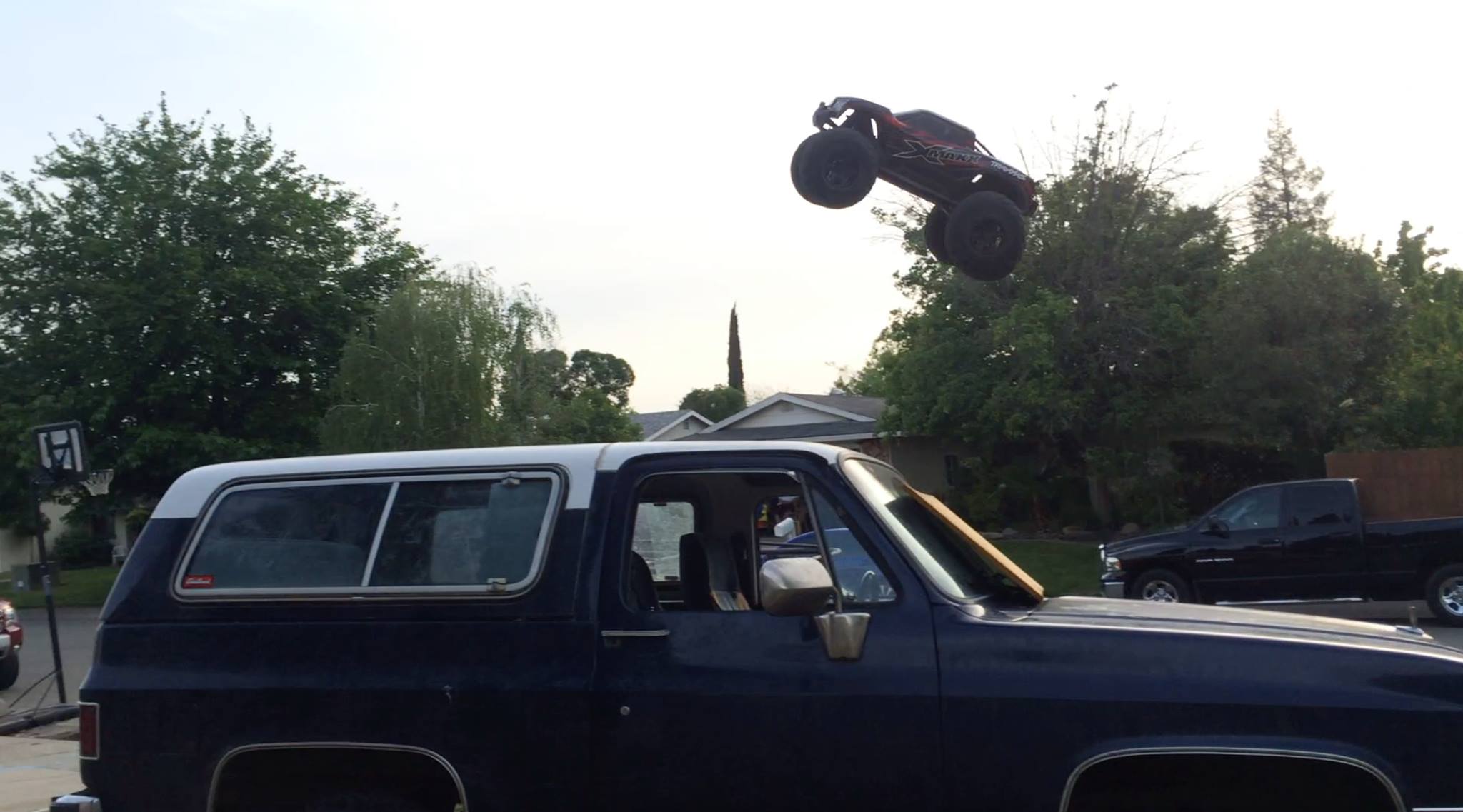 It’s up and up, we go, as this Traxxas X-Maxx lines up to try and pull off a pretty neat stunt as it heads toward a Chevrolet Blazer with all of its might.

We honestly thought that whoever put their truck in the mix for this one was going to regret it thanks to a new, nice sized dent, but that doesn’t look to be the case!

Watch in suspense as the remote control monster approaches the ramp and hits it at full speed, launching up and over the top in style!

The jump was captured in the video below that leads us to wonder what else the remote control car can jump over with a little bit of effort.

« Big Chief Makes First Ever Pass on the Street in The Crowmod!