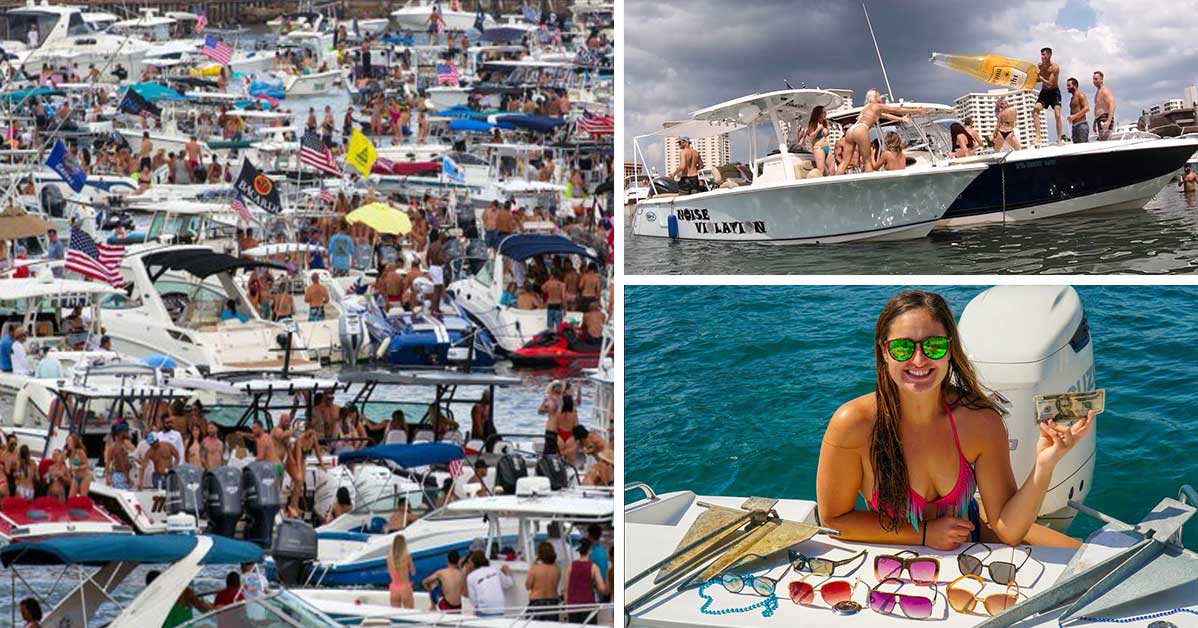 Imagining just how endless the ocean is can get kind of crazy. Now, just imagine how many things have been lost in the water that ended up in the depths of the sea. There have to be thousands upon thousands of objects just lurking around down there. Who even knows how much cash is floating around in the ocean or other bodies of water that people have dropped from their boats, lost from their pockets, or got clumsy with on a dock?

This time, we check in with a situation that doesn’t exactly peruse the deep sea. Instead, it’s Lake Boca that’s being observed as things are much clearer and more accessible here. After an event by the name of “Bocca Bash” where a bunch of people joins in on a party via boat, it turns out that, with a little bit of alcohol, lots of stuff ends up being dropped in the water.

Most of the time, there’s a good chance that the find is trash left behind by the boaters and other party-goers. The number of beer bottles and nicotine sticks found under the surface of the water is actually kind of disgusting. However, there are some treasures to be found in the midst of all the trash, for sure!

This time, we join in with Brook Crist Outdoors who breaks out her boat and heads to Lake Boca to see exactly what she can dig up. In addition to finding some unique treasures on the bottom of the lake, she also comes up with a whole bunch of beer bottles and nicotine sticks to dispose of. Not only is it an exciting video to watch but it’s a good public service announcement to discourage people from discarding the trash where it doesn’t belong – Good on Crist for going out there and picking some of it up!

The Most Craziest Sandbar party and it happens only once a year in Boca Bash. This year was no different, Many boaters showed up and we did too. We had a great time and so did everyone that attends. So now you know so don’t miss next year’s Boca bash. If you want check out videos from the past.

« When Boating Goes Wrong, Things Can Get INSANELY Expensive