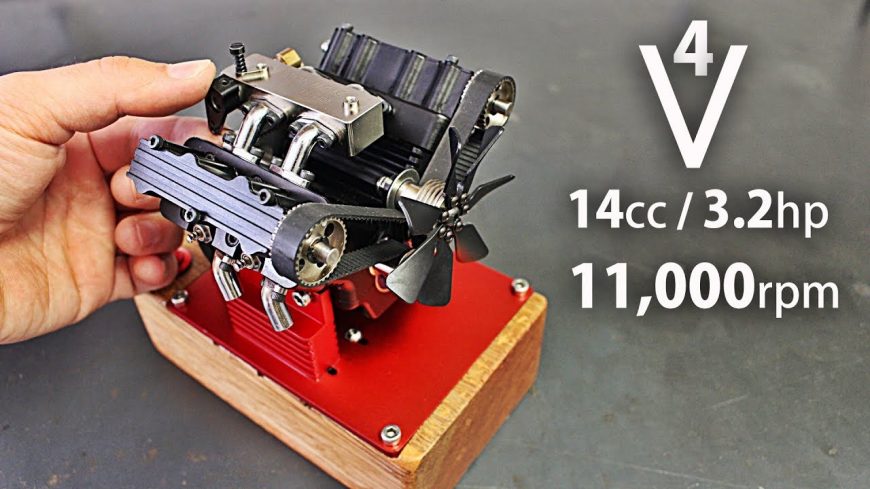 If you build it, they will come!

All jokes aside, it really seems as if the scaled and remote control communities have come up with a whole variety of concoctions to imitate real life. There seem to be no bounds on what exactly it is that they create in tiny form. These builds can really be mesmerizing to watch come to life. We aren’t quite sure why because it’s just real life except in a smaller format but after watching a video like this, one might find themselves falling into a rabbit hole.

This time, we take a dive into the world of miniature engines. The unit in question this time happens to be a V-shaped four-cylinder power plant. The engine that appears to be about the size of a fist is a four-stroke nitro engine. There’s just quite an appeal about watching this thing come together and eventually hearing it start up for the first time.

We have to be careful watching something like this because before we know it, one might end up in a new hobby of sorts. Watch out, though, because this one isn’t cheap by any stretch of the imagination. A couple of clicks of the mouse would eventually lead us to the ad for the engine which insisted that the combination goes for about $1,400. How’s that for a miniature hobby?

By following along with the video below from JohnnyQ90 we get to go for quite the journey, though, as the miniature pieces to this small but mighty power plant all come together. At the end of the day, our minds can only browse all of the different possible combinations that this engine could end up fitting in with. We could just see a tiny little remote control drag car sporting this four-stroke nitro monster! – stirlingkit.com