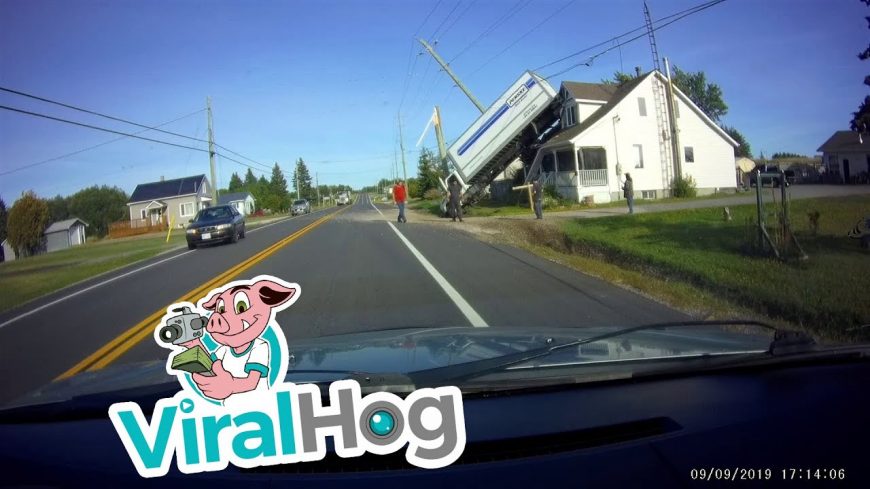 For most of us, even those with extravagantly exciting lifestyles, forgettable days can be good every once in a while. Sure, some tend to think that they want rapid-paced excitement all the time. However, when we look at a situation like this, those days that blend in look super appealing. Perhaps the next time that someone reading this finds themselves wishing they had more to do, a video like this will put their boring day back into perspective.

In this one, it actually does look like our subject is having another normal day. As the camera car drives down the road, it’s following what looks to be a rented box truck. There’s nothing to see here. However, in a matter of just a moment, everything flips on its head. The truck driver went from an otherwise uneventful day, or at least we would assume, to something that he’s certainly never going to forget for the rest of his life.

The dashcam footage was quite startling as we watch the box truck make its way away from the highway. As it drifts closer and closer to the shoulder, we can’t help but get a funny feeling in our stomachs. Everything shifts in a single moment as the truck eventually makes its way completely into a ditch. Things only prove to become crazier from there.

It doesn’t look like anybody was injured in this incident, thankfully, as the truck driver makes his way from the cab shortly after the incident. However, this one is going to take a bit of sorting out when all is said and done.