Truck Does 360° Spin, Still Wins In One Of The Craziest Race of Year! 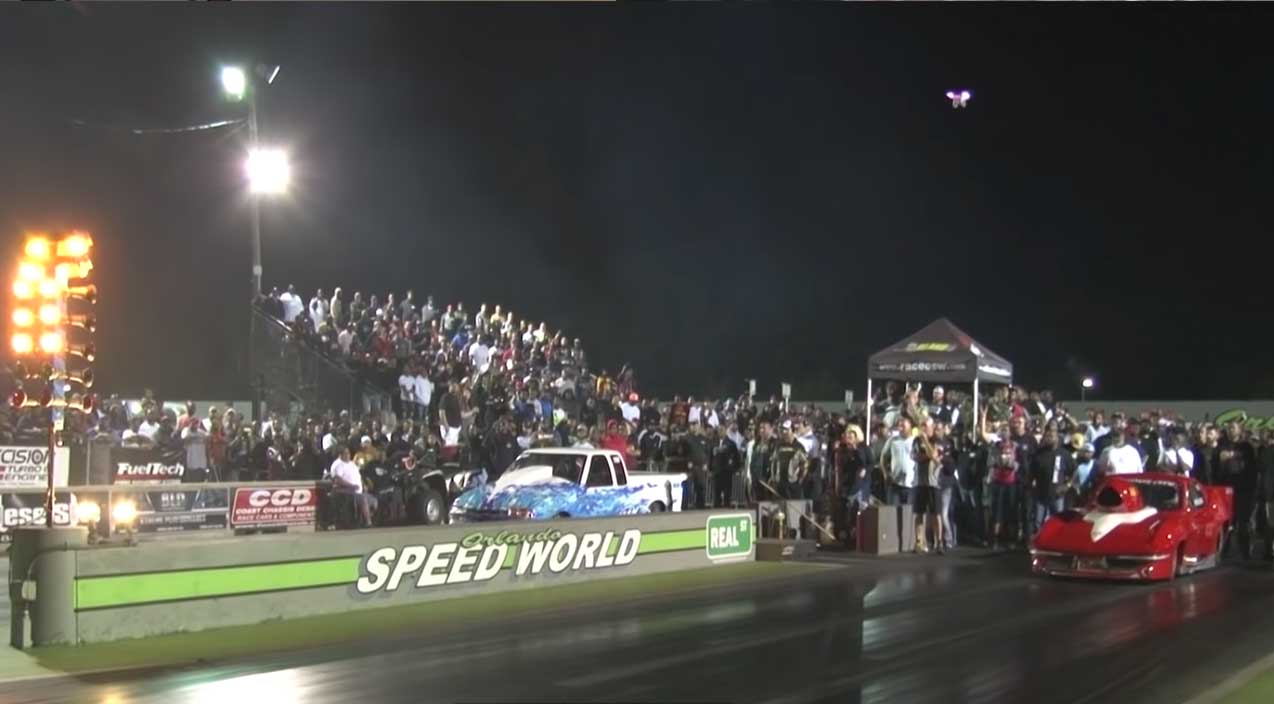 One of the most entertaining things about drag racing that manages to keep the crowd fixated on the action is the fact that nobody really knows what’s going to happen until the action is said and done. Sometimes, even when you find your way halfway through a pass that looks like everything is about to go as according to plan, the situation can turn on a dime, taking what looked to be a sure thing and running in the opposite direction with it. That’s exactly what everyone at No Guts, No Glory 6 down at the Orlando Speed World Dragway would witness as the racing on tap got so insanely heated that some folks might just need to step out of the kitchen!

The race was shaping up to be a good one as Iceman in the Chevrolet S10 goes door to door with Memphis Gangster in the Chevrolet Corvette but nobody thought that it was going to be this good. Not too long after both cars would take the light and rocket off of the line, there would appear to be trouble in paradise as Memphis’s car took off into the air, launching the front end up in an epic wheelie immediately while it took Iceman around 200-feet or so for the drama to unfold in a way as we’ve never seen before.

Free Life Films did an expert job of keeping the camera trained on the action as the S10 would suddenly lose control, sending it spinning around in a sight that wasn’t looking good in terms of the truck making it out in one piece and was bound to disqualify the truck from the race as it would more likely than not either cross the center line or hit the wall. However, in a miraculous change in the timeline, the truck would somehow stay in its own lane and even manage to cross the finish line first, taking home victory. I don’t think that it would be too far fetched to say that this might just be the first and only race of its kind!

HOW HE DIDNT WRECK WE DONT KNOW!!! Iceman vs Memphis Gangster at No Guts No Glory 6 HAS TO BE one of the most EPIC races of the event!! Iceman with a Holeshot got loose around 200' and does a 360* spin and doesnt hit the wall or cross the centerline and STILL WINS!

« Are Teslas Actually Better For the Environment? Let’s Break it Down