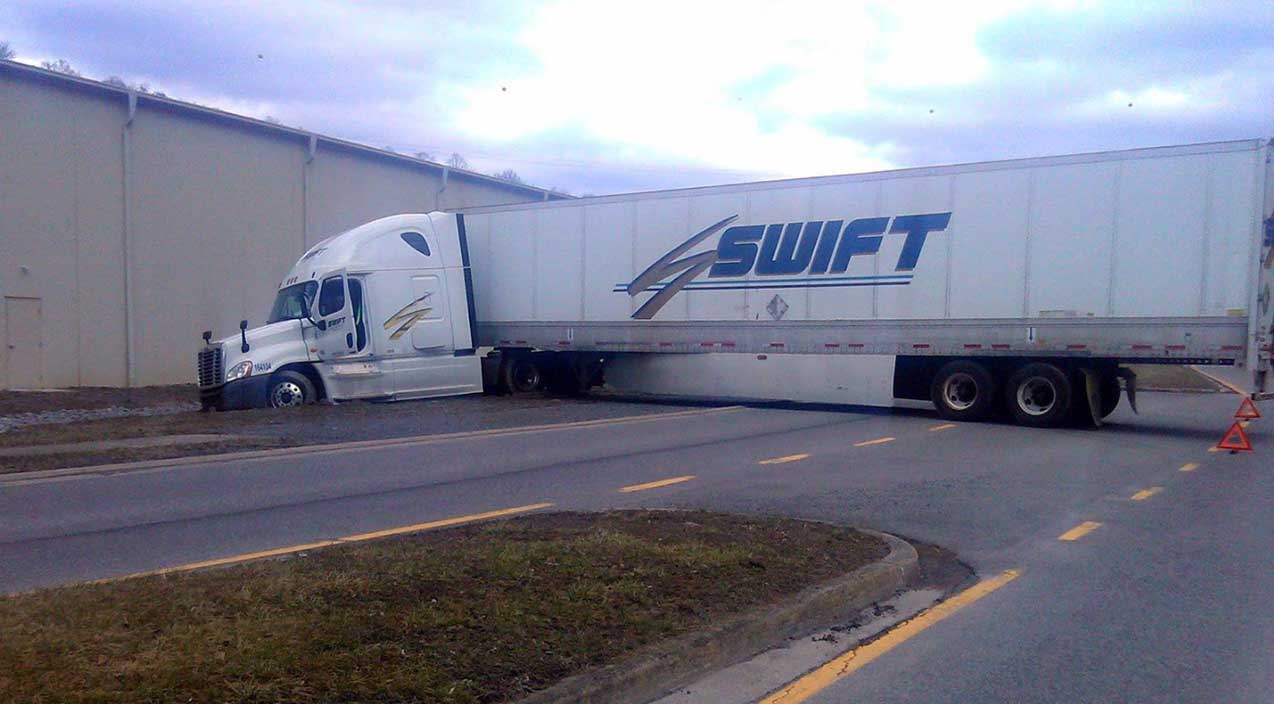 When you see a big rig on the highway, it can be tough to comprehend the ability one must have to encompass to be able to effectively drive such a semi-truck. Many may think that it’s simply taking what you know and applying it to a bigger vehicle, however, actually getting behind the wheel is a whole different ballgame. After all, there is a reason why you need a special license specification in order to even be able to drive vehicles this big in the first place. Having plenty of driving ability with a vehicle like this is easier said than done which is something that’s important to remember when making your way into this video.

As luck would have it, even for this individual who happens to be driving professionally, it turns out that something as simple as a U-turn is what is holding up everybody in this intersection as the semi-truck driver attempts to bite off a little bit more than he can chew. He was very gung-ho about attempting to make a tight U-turn in the intersection pictured here, however, with the amount of space that’s there, eventually, the driver would find out that it just wasn’t going to happen for him after about a minute of trying and people waiting to use the intersection.

If you follow the moment below, you’ll be able to catch up with the situation as things might’ve gotten just a touch out of hand for this driver as he would get stuck attempting to pull off a maneuver in a spot that probably could have been avoided. Luckily, he didn’t get tied up in that intersection for too long before he eventually figured out that maybe he should’ve been there in the first place. Luckily, no machinery went down in the process. I think that this one was a crisis narrowly averted.