When most of us think of truck and tractor pulls, we think of the wild, heavily ...

When most of us think of truck and tractor pulls, we think of the wild, heavily modified trucks and tractors we see in all the videos around YouTube, with multiple powerplants and massive rear tires slinging a wall of dirt into the air behind them as they roar toward the full pull line. However, there’s a massive world of pullers that hitch the sled to their daily driver and drop the hammer and try to carry the massive weight all the way down the dirt course.

As you might expect, this puts a ton of stress on the drivetrain of a truck built for daily use, and when there is a crowd watching and a little ego at play, these guys have a hard time pulling their foot off the throttle. So of course, that leads to some pretty gnarly parts breakage, and luckily there’s always a camera running in the stands to catch it and share with us. Some of these trucks look and sound totally stock, and some of them sound like they’ve been turned up a little bit to crank a lot more power out of the engine and give them a better shot at making the full pull. Of course, that means the stress is also ramped up, and if the drivetrain isn’t modified to match the upgraded horsepower levels, things are going to go wrong more often and usually more spectacularly.

Just sit back and hit the play button below and watch was these trucks tackle the track, only to have the track tackle back when their drivetrain’s can’t handle the strain and stresses and parts start snapping and fluids start flying. You can hear the crowds reacting to the carnage as they hear and see things let go beneath the heavy haulers. So tell us, Speed Society fans, what other forms of motorsports are there out there that let you compete or participate in your daily driver. We know there are several, but we want to hear what you guys do on the weekends in your daily! 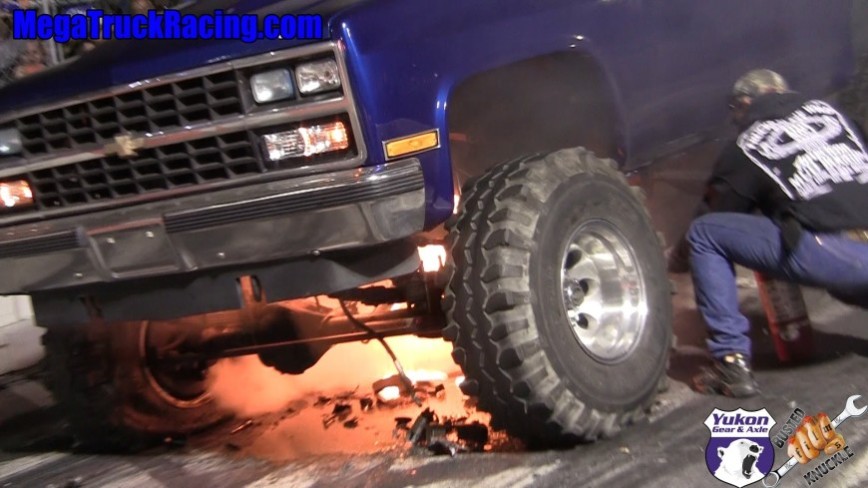