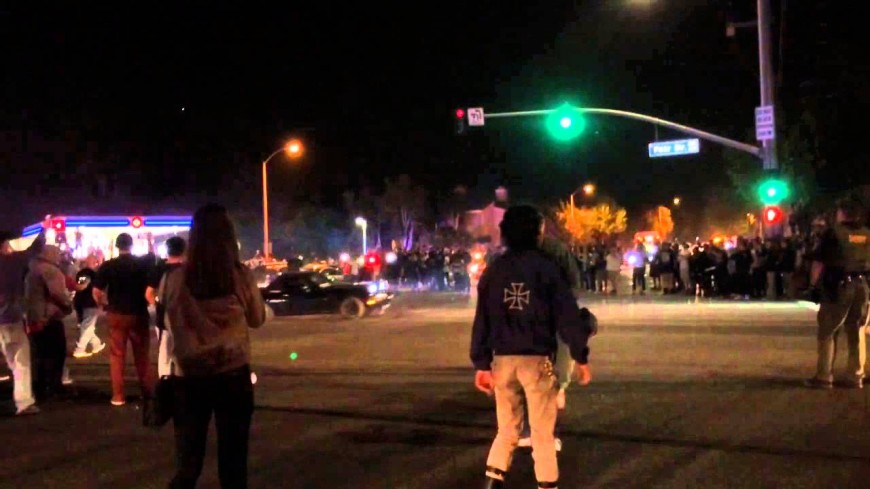 A week or so ago in the news, we were greeted with a view of an anti Donald Trump rally that didn’t seem like anything out of the ordinary with the given political climate.

All of the “normalness” of this rally went directly out the window when this Trump supporter in his Mazda Miata started to rip around the crowd!

Last time, we saw it from the air, but this time, it’s a ground view of the madman in his Mazda blasting through the sea of protestors with his heavy foot.

Check out the video below that shows off the incident firsthand. What do you think of this tactic to razz the crowd of protestors?