Trust us, Taking a Few Minutes to Watch an 11,000 HP Top Fuel Engine Come Together and Test Run is More Than Worth It!

Trust us, Taking a Few Minutes to Watch an 11,000 HP Top Fuel Engine Come Together and Test Run is More Than Worth It!

When it comes to Top Fuel cars, it’s almost hard to even fathom the amount of ...

When it comes to Top Fuel cars, it’s almost hard to even fathom the amount of power that they are putting to the ground. In fact, there are a lot of parts of the Top Fuel equation that are really tough to wrap the mind around. For example, for somebody who can somehow picture what it’s like to have more than 11,000 hp propelling them down a dragstrip, the next thing on tap is to imagine rolling at over 300 mph. These ladies and gentlemen behind the wheel of these machines almost seem like they are breaking the rules of physics every time that they make a pass down the drag strip.

Obviously, the laws of physics are remaining fully intact. Even though these processes seem absolutely amazing, there’s something behind the processes that makes them possible. Somebody or a team of somebodies had thought out an entire plan to make sure to not only make the most efficient horsepower but also to make sure that everything holds together. It’s a lot easier said than done when you’re creating this much power.

After all, we know a lot of engine builders who can’t manage to keep together 500 hp so it kind of puts things in perspective a little bit.

This time, by following along with the video below, we get to see the heart of the operation come together. With this timelapse, we watch as a Top Fuel power plant is constructed from top to bottom. Literally, every clearance needs to be exactly right and every torque specification needs to be in the perfect range. Otherwise, things will start to come apart and that’s definitely not something that you want to happen with a car capable of going these kinds of speeds. Following the build of the engine, we get to see one of these monsters in action. There’s just something about seeing a car go this fast that we could watch over and over again.

Rebuilding A 900hp CTS-V Engine In Less Than 24 Hours 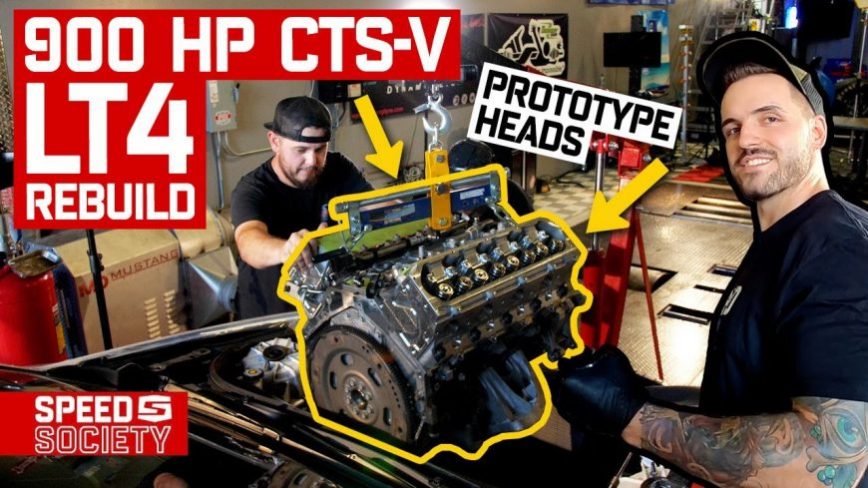