The tug-of-war is a classic battle of bragging rights that puts cars, trucks, or just ...

The tug-of-war is a classic battle of bragging rights that puts cars, trucks, or just about anything that moves under its own power to the test to see just how it will do against whatever other opponent wants to step to the plate and link the chains up.

This time, we have an inter-brand battle as Ford and Dodge diesels go head-to-head when a Ford F-350 and Dodge Ram connect themselves together and get ready to do battle. Will the Cummins or Power Stroke reign supreme? There’s only one way to find out.

This time, that’s exactly what these guys do as they both lay into the throttle, letting their trucks have it with the aim of simply overpowering the opposition. At first, it looks like the Ford is going to take the cake easily but when the Dodge locks it into four-wheel-drive, it’s game on.

Check out the video below that puts this pair of pickup trucks to the test against one another and be sure to tell us what you think of this display that’s overflowing with torque and Murica! 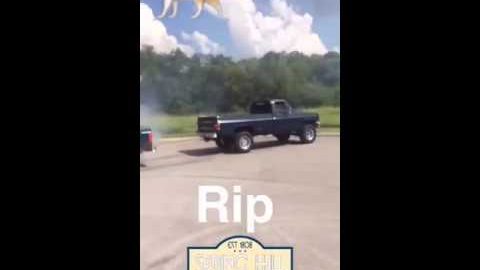