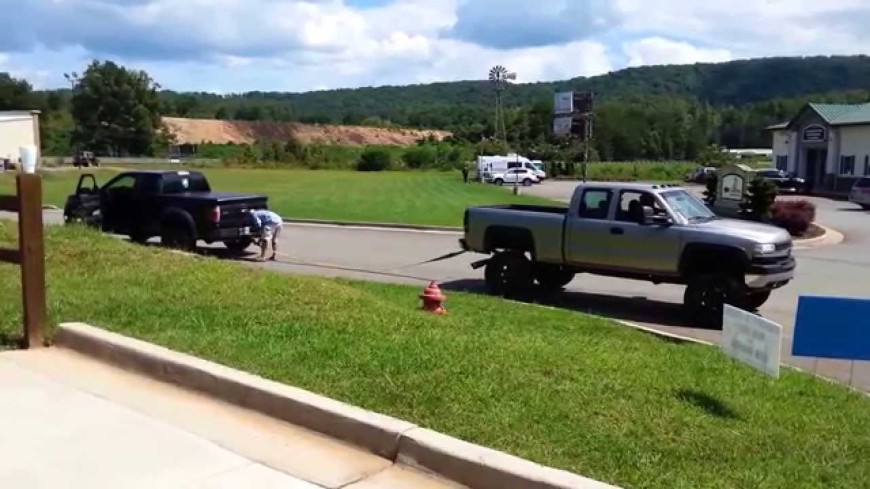 When it comes to gas trucks, the Ford Raptor is regarded as one of the most aggressive that the market has to offer, but how well will it do against a diesel powered truck in a good old-fashioned tug-of-war?

We think that with the amount of torque output that diesel engines are known for, the Raptor will struggle quite a bit, even with at 6.2L v8 engine to work with.

With superior traction and a lower center of gravity over this Chevrolet Silverado, it might just stand a chance of out pulling the Duramax, though.

Check out the video below as the rides go head to head in a good old Chevrolet versus Ford battle of the brands. Who would you say one this collection of pull offs?