Sure, someone could go about a drag racing build by picking out a platform that looks ...

Sure, someone could go about a drag racing build by picking out a platform that looks as mean as it really is. On the other hand, they could choose something that is a little bit more unsuspecting. Some rides might even be designed to surprise competitors. With all sorts of trick features, they come together to look like nothing more than something like grandpa’s Sunday cruiser. With a little bit of LSx power under the hood and a couple of modifications, this Mercury Zephyr is transformed into something amazing to operate under the concept of the latter.

Back in their heyday, this platform was designed to be functional. With such size and weight, obviously, it wouldn’t be all that fast. However, the blast from the past means that this 1980s cruiser has been transformed into a sports car eating machine. When it comes down to it, the hot rod really lays down the law, cracking off passes in the 10-second range.

When we peek under the hood, it’s obvious that the build is something that’s going to really attack the strip. However, when it comes to appearances, a ton of stock components remain in play. From the aftermarket gauges that are tucked away in the stock location to a boost controller hidden in a tin of gum, this thing is really slick when it comes to blending in. The roll bar has even been tucked away as to be a little bit more difficult to spot by a bystander. When all is said and done, to the unsuspecting eye, there isn’t much to see here except for a machine that’s in rather good shape for its age.

Check out the footage below in the BigKleib34 video from Holley LS Fest West that shows the car laying down a plethora of consistent passes on its way to the title of “Street King.” 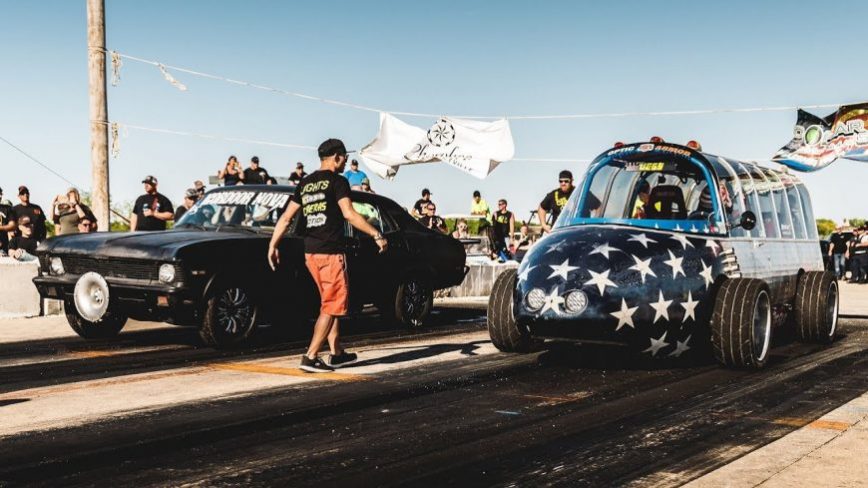