Turbocharged Engine Makes ALL the Boost, Blows up on Dyno… Carnage Everywhere!

Turbocharged Engine Makes ALL the Boost, Blows up on Dyno… Carnage Everywhere!

When it comes time to really turn up the power, things can get incredibly volatile. ...

When it comes time to really turn up the power, things can get incredibly volatile. When you start adding all sorts of go-fast parts to the mix, all of those different moving elements cooperating with one another doesn’t always go exactly how you would plan for it to go. Should one thing fall out of line, you might just find that your entire build ends up going awry, making things break that you didn’t even know could possibly fold in the way they do. It’s just a part of going fast and sometimes, these failures are worse than others but this time, we check out what might possibly be one of the most violent and catastrophic failures we have ever seen.

This time, we head to the dyno room, watching and engine dyno pull that goes incredibly wrong. Apparently, this diesel power plant turned up the boost a little bit too much as it was really pushing the limits on the parts onboard which would call for catastrophe as the engine would explode in cinematic fashion. This it wasn’t just any old explosion, though, as parts of the engine went flying in every which direction when the block itself exploded into multiple pieces, making everybody on the scene happy that they were behind a protective piece of glass when it all went down.

If you follow along with the video below, you’ll be able see the massive explosion for yourself that left the rotating assembly still sitting in the same place and moving while everything else practically obliterated! Every once a while you do see catastrophe unfold on the engine dyno but this time, it might just have been more intense than any other that we have seen before. After you check out this video for yourself, be sure tell us what you think of this eruption that has taken the web by storm.

Horsepower vs Torque - A Simple Explanation 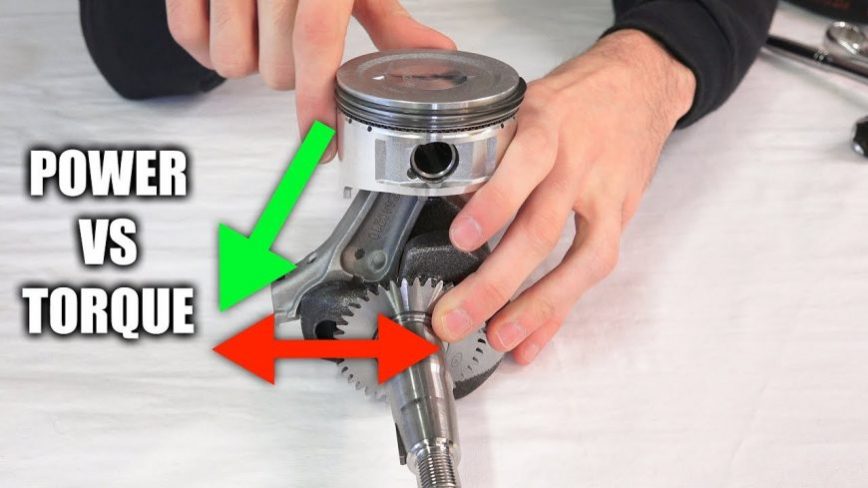