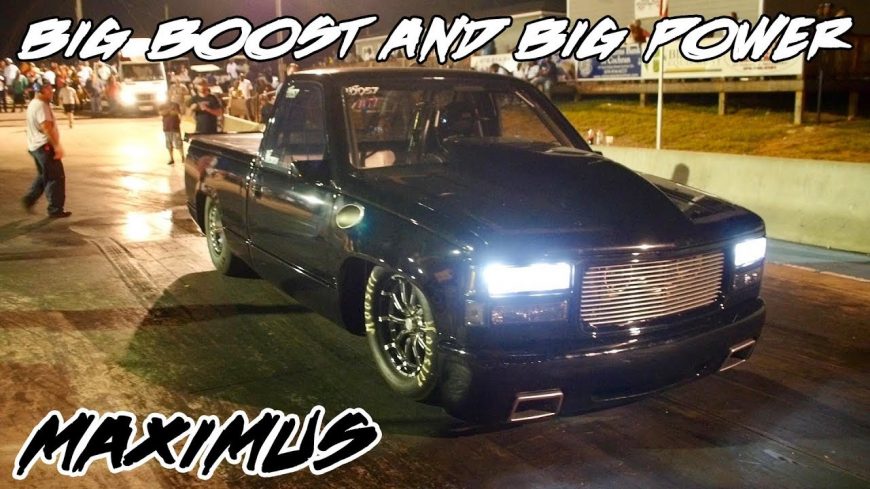 On the racing scene, drivers are always looking for a competitive edge and by picking out cars that are more commonly modified, they’re able to dig into a more vast selection of aftermarket parts to help make these things go. In addition, with some cars, the weight factor is really considered as they’re lighter to start out with and easier to go even further in terms of trimming off some of the fat. However, sometimes, when you see something different hit the grudge scene, it really makes your eyes dart straight to it and give it the attention that it deserves.

This time, thanks to the cameras rolling from JMalcom2004, we’re able to ride along with turbocharged full-size grudge truck that goes by the name of “Maximus.” This Chevrolet Silverado might not exactly be bite-size and it looks like it probably weighs in a little bit more than most of the cars that will step up to the plate, however, this boosted beast of a machine really sounds and looks like it means business when it rolls up to the line and launches with a vengeance. The first jaunt off of the line ends with some tire smoke but on the following pass, we really get some gears moving!

If you follow along down in the video below, we think you’ll be pleasantly surprised with what this full-size machine has to offer. It isn’t often that you see full-size trucks making their way to the grudge scene but, from what we understand, Maximus is already about to make a callout, coming for yet another full-size GMC pickup that goes by the name of “Bipolar.” You can definitely understand why, from a logistical standpoint, trucks like these aren’t more popular in the grudge seen, however, we have such a soft spot for seeing these machines roll out.