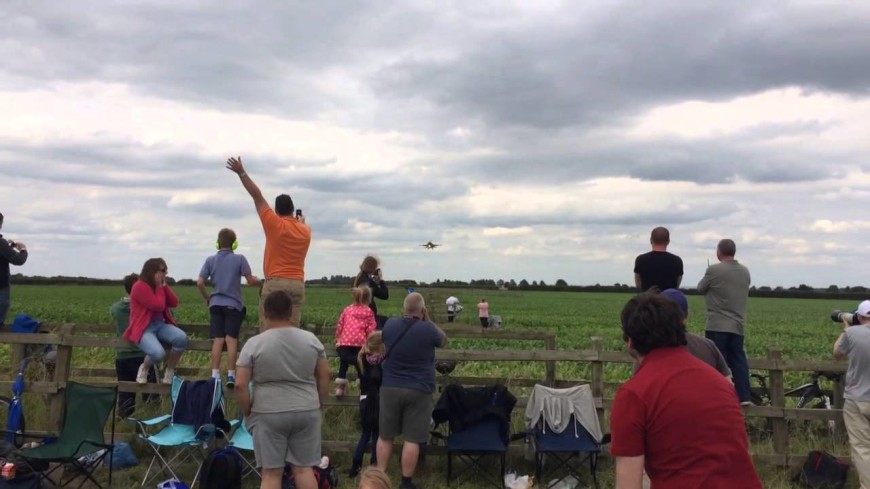 Attendees of the RAF Waddington Air Show outside London on July 5 received a super up close view of a Turkish F-16 when the pilot made a low pass over the crowd before landing after his routine.
What might be more amazing is seeing how few of the crowd flinch after the F-16 Block 40 skims maybe 20 feet over their heads. The pilot is a member of the Solo Turk, the F-16 solo aerobatics display team of the Turkish Air Force.
We don’t think you can get any lower then this Turkish F16 did WOW!! Luckily for the audience and pilot the Jet didn’t crash into a fireball. We are sure these people had no idea the F16 was going to get this close but it made a once in a lifetime viral video!!

Huffpost: This video of a Turkish F-16 flying dangerously low above onlookers at an air show will “literally separate your head from your shoulders.” See what we did there? You should put that in your Facebook status, your friends will think it’s hilarious. We won’t tell them we came up with it. It’s OK! Here you can see what some people have said about this event. We have a feeling this wont stop here. Someone will claim hearing loss or something along those lines.

Watch as This jet fighter plane descends rapidly over the crowd getting extremely close to everyone. The comments are why we do this!!!