Turning a Miata Into the Ultimate Off-Road Machine 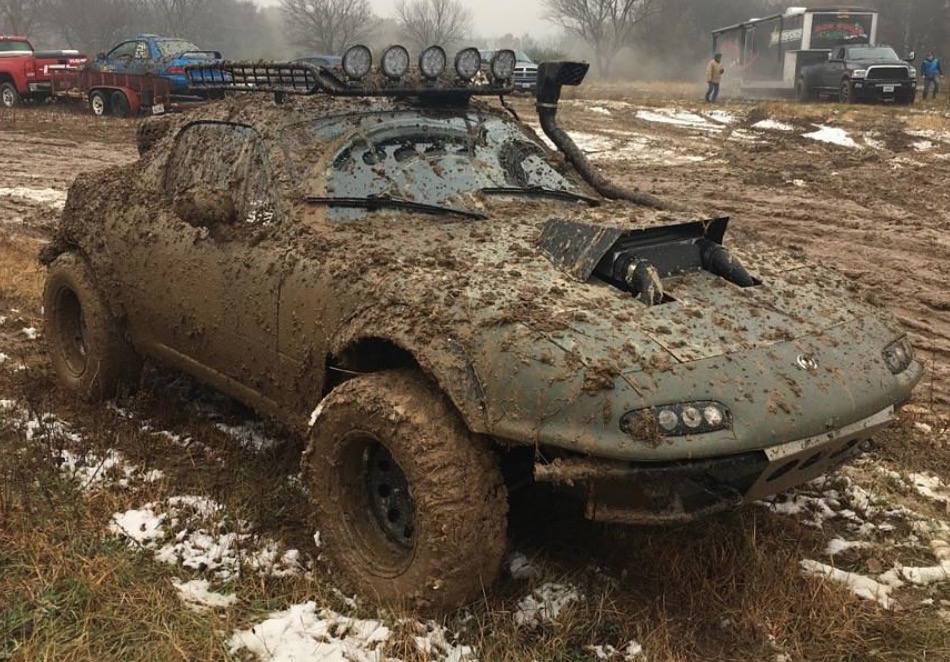 Everybody knows that when the snow starts to fall to the ground, it really brings out the inner child and most of us, having to go out and rip around in the wintry wonderland, making the most of the elements. When you think of this kind of fun, you might think of certain vehicles, especially when the snow gets pretty heavy. You’re not exactly going to go off-roading in the snow in some sort of lowered sports car, now are you? Actually, before you start making your judgment on this one, give us a minute to show you one ride that you probably wish you could be behind the wheel of.

Now, when you look at a car like the Mazda Miata, you probably aren’t thinking of “off-road monster,” however, when the person behind this Miata laid eyes on their Mazda, they would get all kinds of ideas flowing through their head, many of which centered around being able to beat the living heck out of this car on the path less traveled by your average sports convertible. The modification has this thing really looking like it has the ability to kick this car up a notch as this Mazda is built for the snow and ready to absolutely terrorize the powdery white stuff.

If you follow along down in video below, you’ll get a load of exactly what has been done to this car that has been lifted up and paired with some pretty brutal off-road tires in order to make for the ultimate snow machine. We didn’t get a comprehensive modification list with the video, however, I’m not sure that it really matters in the long run because I’m not sure that too many people would turn down the chance to rip on something like this, no matter what the spec sheet looks like!