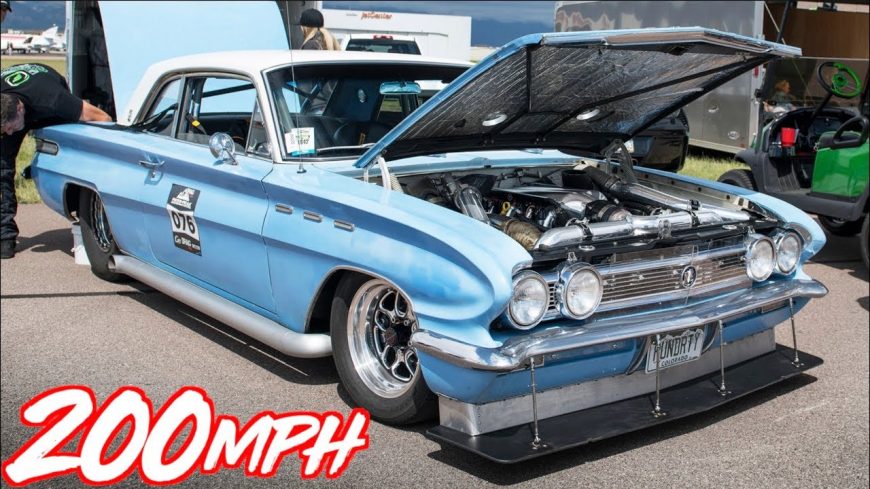 When comes to racing, there are lots of ways to skin a cat. It just so happens that not every combination is the same. While we see some combos that are more common than others, that isn’t to say that they are necessarily the best. Perhaps one of our favorite things about racing is that the “best” depends on the builder. One person might have their favorite vehicle in one way. However, on the other hand, another racer could choose to compete in an entirely different format. Both could be equally great!

In one corner of the racing universe, we find the sleeper. This concept essentially disguises cars that might look slow but instead, they are anything but. For example, when we take a look at a 1961 Buick Skylark, we don’t think much of it. Even with an aggressive wheel and tire combo, we would probably guess that it isn’t all that fast. However, when push comes to shove, that’s the whole point of a sleeper.

This time, we check in with such a Skylark that is operating with 30 pounds of boost. When it all comes to a head, the result is 1400 hp. Long story short, this machine is going to be difficult to keep up with, no matter what you’re driving. As fans of everything fast, we have to admit that we absolutely love this thing. It’s pure joy to watch a boat that big rolling as quickly as this thing does.

By following along with the video below, we’re able to join in with the 1400 hp old-school sedan. In terms of cars that are one-of-a-kind, it doesn’t get much more unique than this. In addition, the Skylark is also kicking some serious ass. These are the kind of cars that make us watch out for just about everything that pulls up in that next lane over. We never know when something unsuspecting is going to be incredibly quick.

« Where Do the Superyachts of Monaco go During Winter?