Twin Turbo C8 Has a Scare, Catches on Fire at the Track

Twin Turbo C8 Has a Scare, Catches on Fire at the Track

When it comes to building a vehicle to perform to the best of its abilities, ...

When it comes to building a vehicle to perform to the best of its abilities, sometimes there are a few growing pains here and there that go along with that process. This is especially true when someone takes an entirely new platform and tries to pave the way for themselves. After all, working on a brand new Corvette that was just rolled out a couple of months ago isn’t exactly the same as working on a platform like, say, a C6 Corvette that came out more than a decade ago.

With that, this time, we fast forward to an adventure that we join in on thanks to Emelia Hartford. For those who have been following Hartford’s YouTube channel, they have noticed that she was one of the first to slap a pair of turbos on a C8 Corvette. It’s been interesting to watch this journey come along as there isn’t a ton of aftermarket support for the platform. Essentially, if you want to put it another way, the builder is basically a pioneer as one of the first to take this platform to new heights.

This time, we check in with the mid-engine Corvette as it takes on a race track. However, on that race track, it runs into a little bit of a hurdle as things don’t exactly align properly. Luckily, Hartford was able to catch the incident early on before it escalated any further. However, any time that a vehicle catches on fire, especially one of this stature, it can be rather scary.

Down in the video below, the entire thing was captured on camera as we see the steps unfold. Fortunately, there was a fire extinguisher on board and someone nearby was able to spring to action to help as well. This is one video that just goes to show how important it is to be prepared for a situation like this. 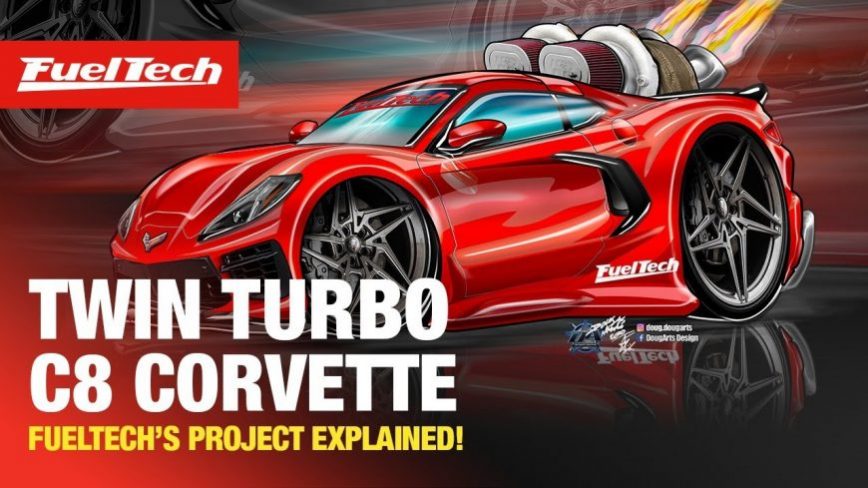