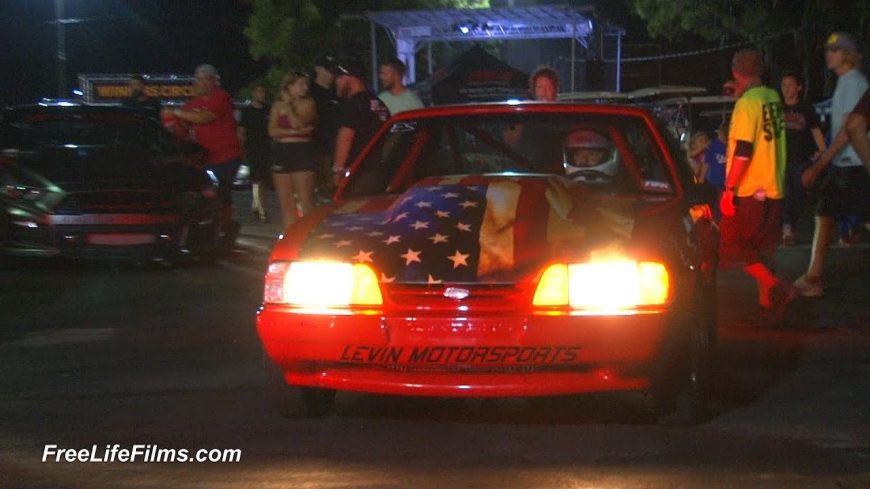 When it comes to drag racing, there are a couple of platforms that we see out there quite a bit. Among them, the Fox Body Ford Mustang is probably the most common. There’s a good reason for that, though. After all, there aren’t too many places where someone is going to find a machine this affordable with so much upside. As far as aftermarket support goes, it doesn’t get much better.

Even though it’s a pretty common platform, one could definitely go about making their own version unique. One of the fun parts about owning a car like this is that there are about a million realistic directions that an owner could possibly go.

This time, we check out an interesting engine swap that has one twin-turbo Mustang flying down the strip. This is also another area where folks will battle a little bit. Some seem to think that Fords need to keep Ford engines under the hood. Others elect to swap in Chevrolet power plants with their Mustang. It turns out that this owner has decided that keeping it brand loyal would be the route for this build! The combination is one that certainly comes through with flying colors. Not only does the build make the Mustang more interesting but it also makes it fly!

By tuning into the Free Life Films video below, we get to dig into the twin-turbo Coyote powered Mustang. With Josh Flynt behind the wheel, we get to see the car push through the quarter-mile with some amazing times. Among the field at FL2k, this machine was certainly one to keep an eye on! When it comes to a Fox Body, one can never truly know what to expect. For this particular ride, we think that it was firing on all cylinders!