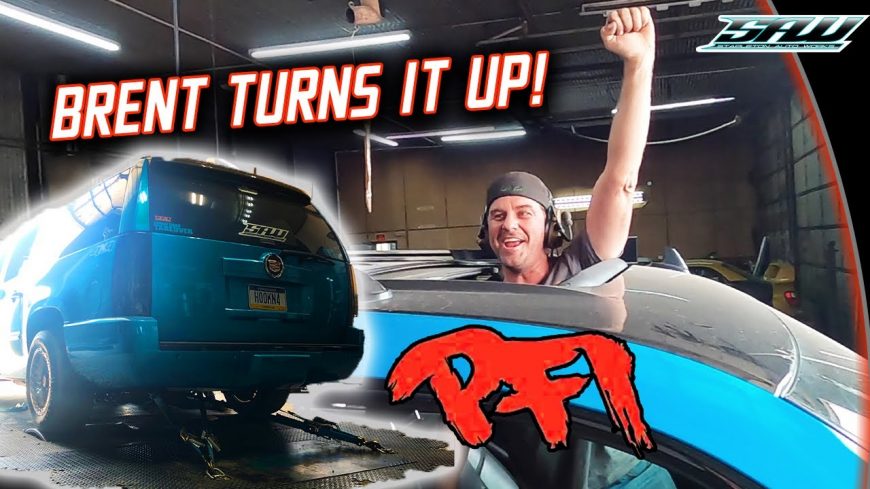 In this world that we live in, there are some things that just go well together naturally. Even in the racing community, there are some combinations that blend together like peanut butter and jelly. This time, though, we check out something that is practically the exact opposite of going well together.

In fact, on the shortlist of things that don’t go well together, we have heavyweights and speed. Everything about being a full weight Cadillac Escalade basically points in the direction of comfort over speed. However, if you ask Mitchell Stapleton what he thought of that idea, he would probably just shrug and keep on moving forward.

At this point, some of you might be familiar with the LSXcalade that has gone viral several times over on the social media of your choosing. For those who haven’t been following along super closely, we have to remind you that the truck is full weight, full interior machine boasting lots of twin-turbo power. Under the hood, we find a 427 cubic inch LSX powerplant that’s sucking up the boost like it’s going out of style.

Just how efficient is this massive machine, though?

This time, Stapleton heads over to PFI Speed in order to see what the truck is really capable of. As Stapleton tells us, the SUV hasn’t spent a ton of time on the dyno. Instead, it seems as if he really manages to make adjustments on the fly by using real-world data. In this particular outing, though, the goal at hand was to put a number with the build. At the end of the day, the fact that this thing is managing to make its way down the quarter-mile to single-digit passes is impressive as it sits. How much horsepower backs up that number, though?

As the truck makes a couple of pulls on the dyno, we see the numbers go up and up. The first acceleration creates 1350 hp followed by a whopping pull of almost 1500 hp! How high will it go? Tune in with the Stapleton42 video below to find out just that!

« HOW TO Start a Truck When the Starter is Out!