Twin turbo Pontiac Trans Am drags bumper down the track 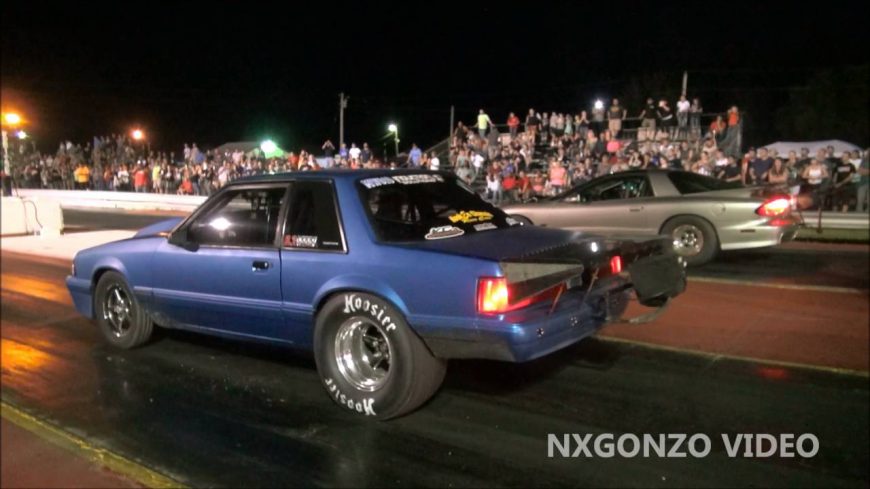 Add power and traction while reducing weight and in the most basic sense of the sport, you have yourself a drag racing machine that might be able to do some damage to the competition.

When the guys behind this Pontiac Trans Am brought it to the starting line, it turns out that they might have put just a little bit too much power and traction in the mix.

Wheelies might look cool, but this bumper dragging display probably isn’t what the team wanted to see out of their drag car as the machine lifts up toward the sky before coming down in a cloud of sparks.

With a couple of adjustments, this car looks like a really could be something that for now, I guess they will just have to be content with the incredibly cool wheelie video that they now have.

Check out the NXGonzo video below that shows off the acrobatic wheel stand that briefly cripples this car’s elapsed time dreams.

« How Quickly Can You Dock Your Boat? Not As Fast As These Guys!