When it comes to LS-powered projects on the performance landscape, there are a lot. ...

When it comes to LS-powered projects on the performance landscape, there are a lot. In fact, the architecture might just be the most popular swap in the entire industry. It can be difficult to differentiate your build when it comes to this power choice.

However, as we browse the web, we keep on finding more and more interesting renditions of the combination. This time, we join in with Josh Mazerolle of Vague Industries and what Busted Knuckle Films calls his “Gang of backyard mechanics.”

We’re not sure if it was their goal but their creation surely put on a show for the ages. We would bet that it’s going to break the internet multiple times over.

Believe it or not, we have actually seen schoolbuses modified before as well. In the pursuit of the obscure, some have put their own personal touch on the short bus of their choosing. However, we can say with confidence that we have absolutely never seen any busses quite like this. The combination of factors here makes this thing impossible to ignore.

Under the hood, we find a twin turbocharged 6.0L LS application. That’s just where the fun begins, though. The entire point of this build was to make it do wheelies. Where someone comes up with an idea like that, it’s hard to say.

However, the journey to get to these wheelies is rather interesting. In order to accommodate the goal, we watch as the crew manages to cut 55 inches from the length of the bus. That’s right, the master plan is to shorten a short bus and make it stand up on its bumper.

By following along with the video below, we join in with the Busted Knuckle YouTube channel that gives us the inside look that you absolutely need to see as we watch such a crazy project come to life. In the scheme of things, we might even argue that these types of projects are what YouTube was made for.

How You Wish You Got Picked Up From School - Bus Drifting 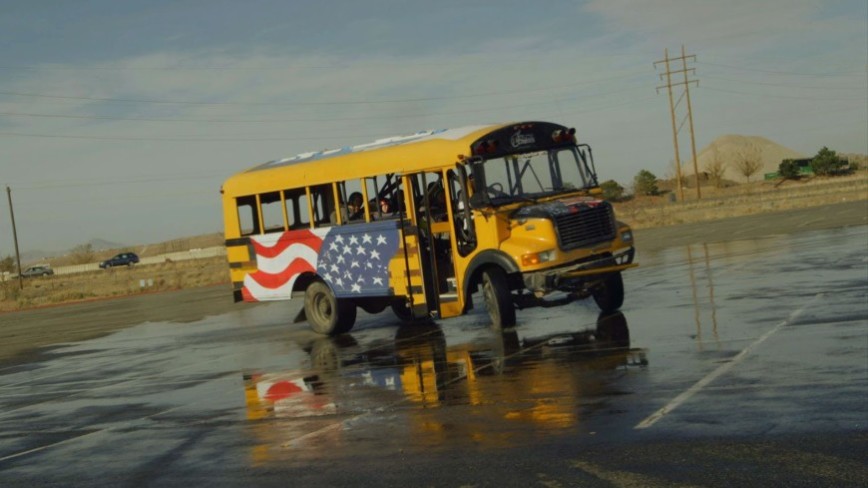