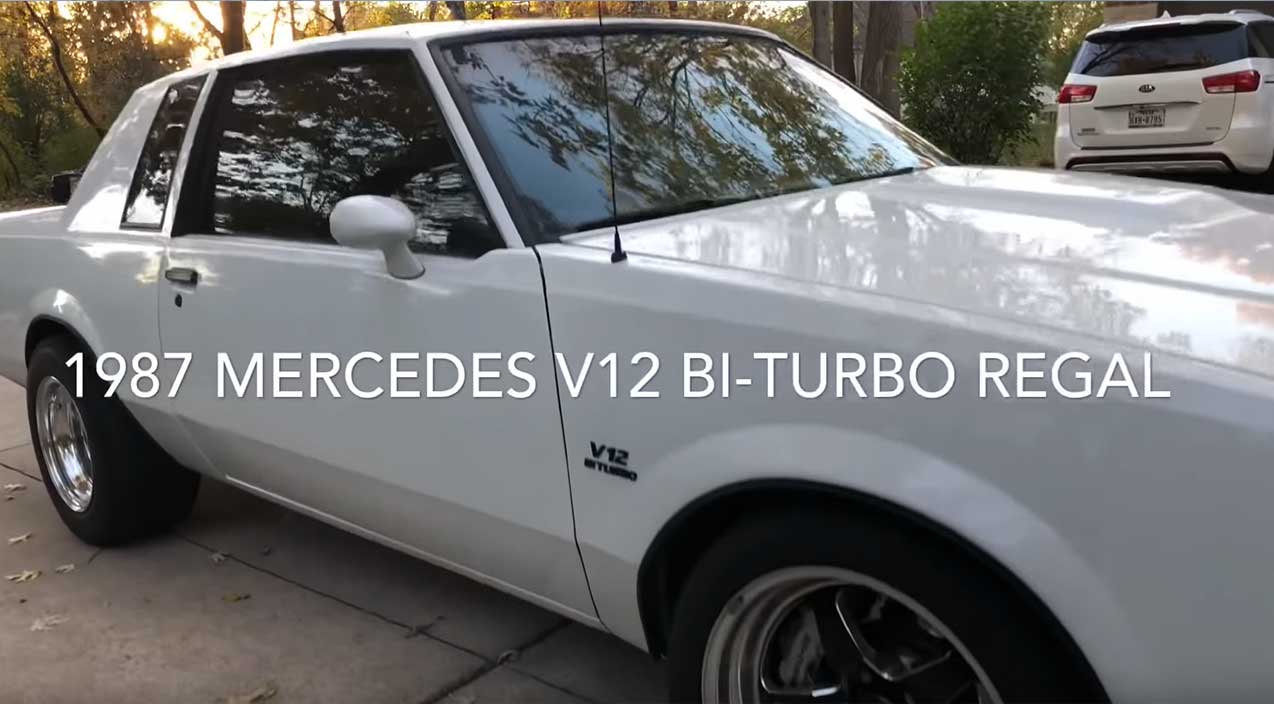 If there is one thing that the internet is rich with, it’s folks complaining about LS swaps. Frankly, it’s a variety of moaning and groaning that we don’t understand. Nonetheless, it’s still cool to see different swaps pop up every once in a while. Sometimes, it’s just really cool to see what the confines of an enthusiasts mind are capable of. Perhaps they have a vision that’s way off in left field. When such a vision comes together, it can really create something that’s a ton of fun to look at. This is exactly that situation as it’s a combo that not too many would ever expect.

With the G-Body, Buick would gain lots of popularity with their turbocharged six-cylinder applications. While the rare Turbo T package wouldn’t game of notoriety of the Grand National, it was powered by the same heart. In fact, it was believed to be faster because the package got rid of some of the heavier options found in the Grand National. However, for one reason or another, the turbocharged six-cylinder under the hood of this turbo T has been forgotten. In favor sits something that we never thought we’d see in a G-Body. The 1987 Buick is powered by Mercedes-Benz!

To spice things up a little bit, the heart of this beast has been transformed to a 5.5L M275 V12. The engine was snatched from a 2005 SL500 and paired with a 722.6 transmission. Making the boost are a pair of Precision 6266 turbos that are cranked up to 24psi! All of this is controlled by am MS3 Pro ECU amongst some other goodies. Underneath, we see a custom suspension on QA1 double adjustable front coilover shocks and custom valved AFCO double adjustable rear shocks from TRZ Motorsports. This is in addition to a Baseline Suspensions instant center correction kit with AFCO adjustable coil springs.

To finish up the complete package, the stopping power is found in Mercedes E55 8-piston brake calipers and Corvette C6 Z06 front rotors. Power finally makes it to the Weld RT-S S71wheels through a Wimpy 8.5“ 10-bolt rear differential with 31 spline axles and a Clicky locker.

Our ears are finely tuned to pick up on the nuanced exhaust note of the G-Body. However, something in our brain doesn’t quite compute when it hears the roaring v12 routed through that same exhaust. We kind of like it, though! The owner says that he doesn’t have times on the drag strip or power numbers. While we are pretty interested to hear what it would be capable of, we can’t help but fall for the combo in the way that it sits as a cruiser!