Two Engines and Four Turbos? A Pair of 12v Cummins in One Truck 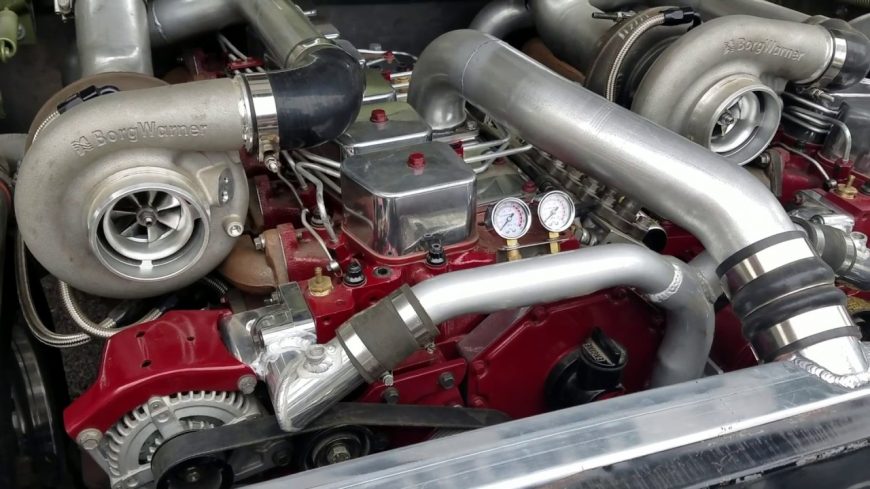 When thinking about the optimal build combination for whatever lane of motorsports you happen to be in, I’m sure that many of us have had those “what if” moments where we really stretched the realm of possibility and thought about the things that we would be able to accomplish if money were no object.

This time, we check out a situation that had the owner of an old school Dodge pickup truck wondering what it would look like if he were able to stuff not one but two diesel powered 12 valve Cummins engines under the hood of one truck, mounted side-by-side.

Well, the project ended up being a little bit more than just a thought as it would materializing for this truck enthusiasts when he got to wrenching and decided that they would try it out for himself. With two diesel engines under the hood and four turbos, the truck really does end up being a showstopper, to say the least. I’m sure that this thing draws more than its fair share of head tilts and confused looks when it’s posted up at a car show with the hood open.

Take a ride down in the video below that shows you exactly how one would go about fitting two engines under one rather large hood, with one being right next to the other. I’m not sure exactly how practical this would be in the real world but, for show purposes, this fully functional twin-engined machine is most certainly incredibly cool to check out.

« This Shopping Go Kart Does Wheelies Like a Boss!