Two things that we probably wouldn’t mix intentionally would be inclement ...

Two things that we probably wouldn’t mix intentionally would be inclement weather and any sort of aviation. Now, don’t get it mistaken, I’m definitely not an aviation expert, however, I have traveled often enough and been around the block enough times to realize that when air currents start getting testy and precipitation is thrown into the mix, you can really get quite the cocktail of crazy factors brewing. Flying through a little little bit of adversity isn’t impossibly but it’s also much better to do on a sunny day without a single cloud in the sky.

This time, we check out a situation with a couple of police helicopters that we just so happen to catch on a day with this sort of weather. It’s not exactly clear if the weather was 100% the reason that something like this would occur, however, it certainly couldn’t have helped as two helicopters would try to become one on a day that the people involved would absolutely never forget. This had to be a pretty routine thing for the folks who work here but after this day, they definitely learned that just because something is routine doesn’t necessarily mean that it’s guaranteed.

If you follow along in the video below, you’ll get a rundown of the situation as one police helicopter is coming back from traffic duty after a crowded Rose Bowl game in California and the other is just getting ready to take off. However, as it turns out, the chopper that’s coming in comes in a little bit too wide and ends up tangling blades with the other helicopter, sending pieces flying everywhere and people scattering and looking for cover. The catastrophic failure wasn’t big enough to seriously injure anybody as reports say that everyone on the scene would escape with nothing more than minor injuries, however, no helicopter was able to leave unscathed.

This Massive Helicopter is Fully Remote Control And All Kinds of Badass! 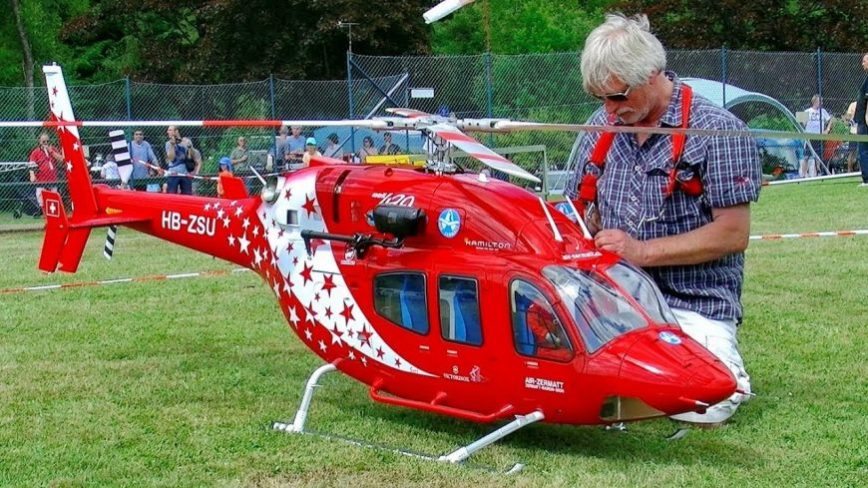