When it comes to driving Uber, most of the vehicles used are rather forgettable. ...

When it comes to driving Uber, most of the vehicles used are rather forgettable. That’s not necessarily a knock on the service. After all, somebody is letting strangers in and out of their car. It’s probably not going to be smart to have said car be a high dollar machine. Instead, something fuel-efficient and value-based is probably going to be best. When considering an interior, just imagine that people aren’t going to be as nice to your stuff as you are.

Every once in a while, though, we watch somebody who has decided to take on this job with a high-end car. Most of the time, it would seem as if this is done in order to gain YouTube views. After all, it would be pretty interesting to see how a person expecting a Prius reacts when a muscle car rolls up on the scene.

This time, the car question is none other than a Dodge Charger Hellcat. We certainly wouldn’t mind being chauffeured around in something like this. As far as performance sedans go, it doesn’t get much better than this. The driver in question decided to make this machine his personal Uber with the aim of giving his fares the ride of their lifetimes. He also took his time to capture their reactions when he got into the throttle a little bit.

By following along with the video below, we get to check out what seems to be a pretty unique experience. It’s kind of hard to tell if videos like this are ever legitimate or not. Some of the comments are calling foul play on the video’s honesty factor.

However, watching reactions to a 700+ hp monster is something that never gets old, regardless of if these are genuine Uber passengers or not. All-in-all, this one is a good time! 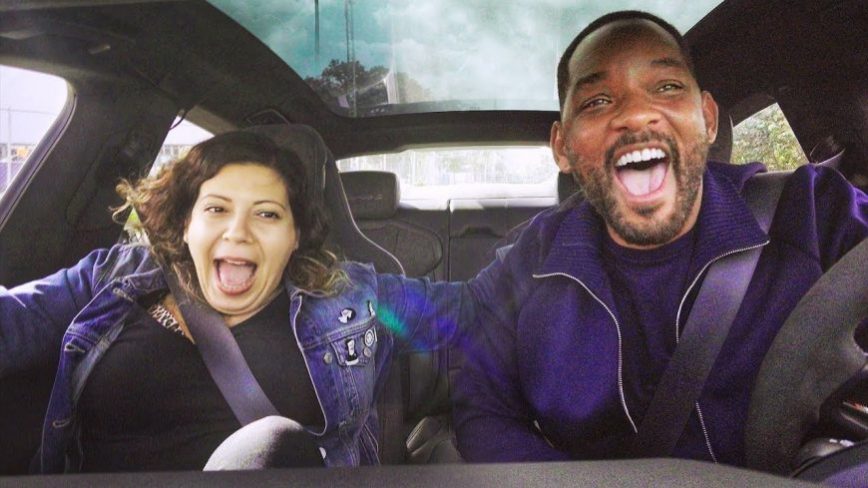