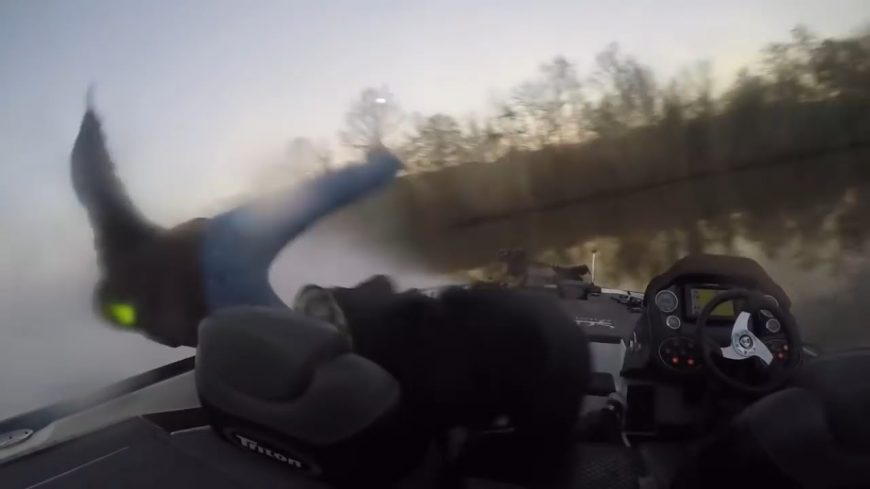 When you’re out on the water, things seem to happen in double time. As you’re rolling along, danger might not seem present but as they say, hindsight is 20/20 and at that point, there’s nothing that can be done for your cause. That’s why it’s crucial to have your head on a swivel

This time, we check in with a bass boating team that runs into a brick wall, quite literally, out of nowhere, as they’re following in another boat’s wake path and end up digging deep into the water, going sideways, and coming to a sudden stop just moments after getting out of the other boat’s path.

It isn’t really clear what caused this jerking motion but one thing is for sure in the fact that the two guys onboard stood absolutely no chance of hanging on to the boat as it whipped them sideways into the water. It’s a good thing that they were wearing their lifejackets!

It doesn’t look like there was much damage done to the guys riding along on the boat but they’re probably going to feel the effects of this one in the morning. Be sure to check out the footage that they captured on their GoPro camera mounted onboard as can be seen below.