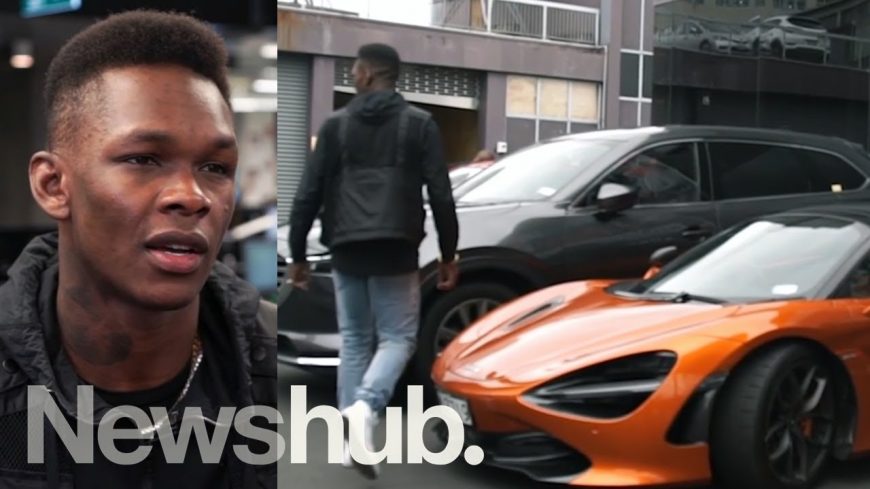 One of the things that we have become pretty involved in as a part of western culture is how celebrities spend their money. After all, some of these men and women are making absurd amounts of bankroll. When somebody is graced with winning millions of dollars at a time, what do they do with it?

As we have come to expect, that will vary greatly from one person to the next. Some celebrities and higher earners seem to indulge themselves with the most ridiculous luxuries imaginable. On the other hand, some are a little bit more low key. As such, Americans seem to highly invest in the way that their favorite celebrities live. This has become even more prevalent in the way that people are able to show off what they’ve managed to accomplish on social media.

This time, we catch up with UFC Star, Israel Adesanya. After being crowned to champion, let’s just say that he had his eye on a couple of high dollar supercars, in particular. The one that he would end up buying would come with a hefty price tag of $650,000 or so. The McLaren 720s, clad in orange, isn’t quite the Lamborghini Aventador that Adesanya imagined. However, he does say that it’s a little bit more fitting than the Lamborghini for his size and lifestyle.

Following along with the interview below, we’re able to get the inside scoop on the situation. This includes the rundown of how this UFC champion envisioned this very situation and how he’s been enjoying the new supercar. With how he puts it, he’s looking to inspire others and show them that hard work can actually pay off.

As far as Israel’s efforts, we would venture to say that they have since become more than worth it. This machine is just a small token of the time that he’s put into perfecting his craft.

« Man Takes Rusty Vice And Restores It Perfectly, Watching Is A Guilty Pleasure