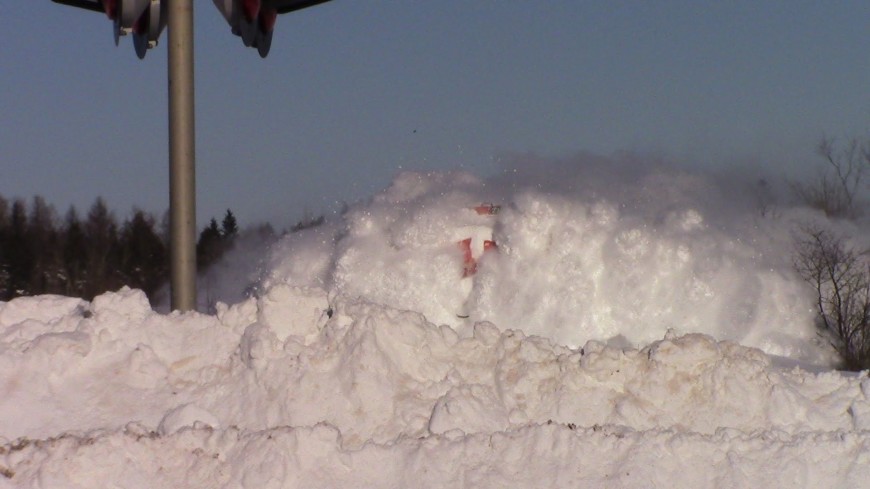 This Canadian National Railway locomotive stops for absolutely nothing as it plows through large amounts of snow and ice as and gives the camera man a rather chilly shower.

We’re not quite sure how the crew is even able to see with all that snow on the train’s nose! We guess it’s just a very risky situation of trial and error.

Check out this insane scene as three major blizzards in less than a week in Southern New Brunswick caused quite the scene. This guy has some guts standing that close to this power house!

Train crash airbags show us the safest way to be protected from a train!