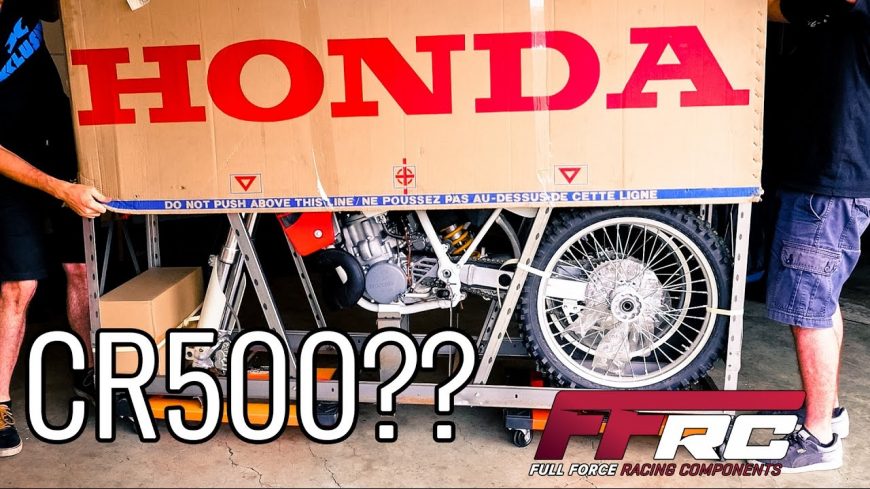 There’s something about nostalgia that can be really special at times. Finding something that reminds us of the old days can be an experience that’s unlike many others. With this feeling sometimes comes a rather large price tag. Some people are simply willing to pay a premium for something that reminds them of the good old days. The better condition that it’s in, obviously the more money it’s going to be worth. Just imagine an old school item that hasn’t even been removed from its original packaging, yet! That’s exactly the situation that we’re squaring up here.

This time, we check out a little something that some of us might just remember from back in the day. For those who were lucky enough to buy a new dirtbike in 2001, it might’ve just been a Honda CR500. Most of those who picked up these bikes probably immediately put them together and got to riding. However, there were obviously some who didn’t get right to it at all. Instead, they’d leave the bikes all wrapped up and disassembled. Why they’d leave these machines to sit for a decade and a half, we can’t say for sure. However, the fact remains that there are still some new 2001 Hondas floating around out there.

So, what does a bike look like that has been sitting for all these years? This time, we check out a unique unboxing video that breaks out this bad boy. The bike has been waiting for all of those years and it’s finally going to be able to get some fresh air! One of the things that makes this find even cooler is that the CR500 is no longer produced by Honda. In fact, the bike that we’re seeing in the video is the very last year that the model would see the light of day.

« 50 Cent Smacks a Man For Leaning On His Rolls-Royce Phantom!