Underground Racing Takes The Win At The 2017 TI King Of The Streets! 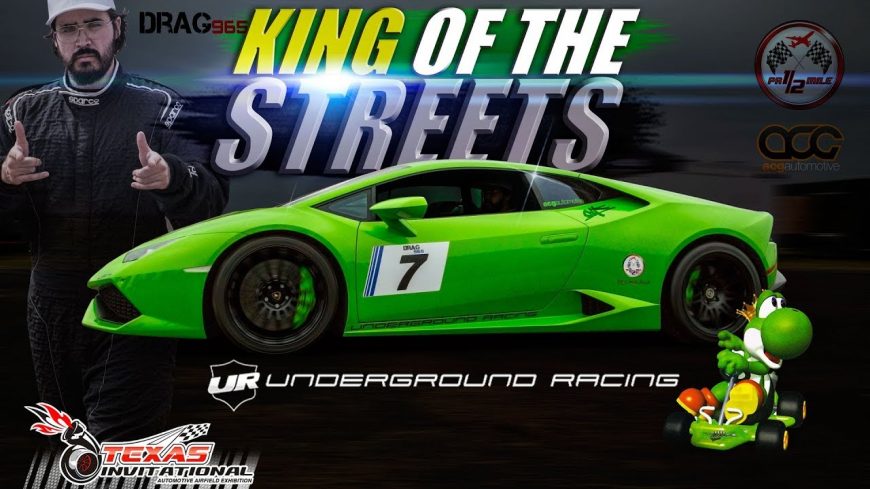 When it comes to the cars that you will find competing in the Texas Invitational King of the Streets class, well, the field is some of some of the fastest of the bunch to go at it on the airstrip. As cars easily eclipse that 200 mile-per-hour mark, you see some intense roll racing as powerful machines with thousands of horsepower all get together to go door-to-door in the name of taking home the KOTS title.  The competition is always at a record high and I can tell you right now that nobody is going to be happy with taking home anything less than first place. However, as you know, there can only be one!

This year, the victor just so happened to be Speed Society’s own Ross Fowler piloting an Underground Racing Lamborghini Huracan X that boasts 2400 hp, taking on a pack of other impressive teams that all also have their eyes on the prize. There’s definitely no quit in any of these machines or the people behind them so watching the group go at it is going to be an incredibly interesting display.

As the rounds go on, things get more and more tense as the finals draw closer and when that final round eventually does unfold, you can practically feel a huge weight that’s lifted off of Ross’s and the team’s shoulders as the car puts together a great pass, managing to blow by the competition once again and take home the number one spot.

Follow along in the video below that traces the entire path from start to finish that the UGR Huracan went through in order to gain that top spot! There is no telling who is going to step up and be competitive at events like these but, with a field of cars that is always promising, you get some pretty good competition like this. After taking one good hard look at the field that competed here, we have to give a huge congratulations to everyone that was behind this winning effort because it definitely couldn’t have come easily. With videos like this, they almost make it all look easy, but if you’re a racer, you know the grind that goes into hauling home a win like this.