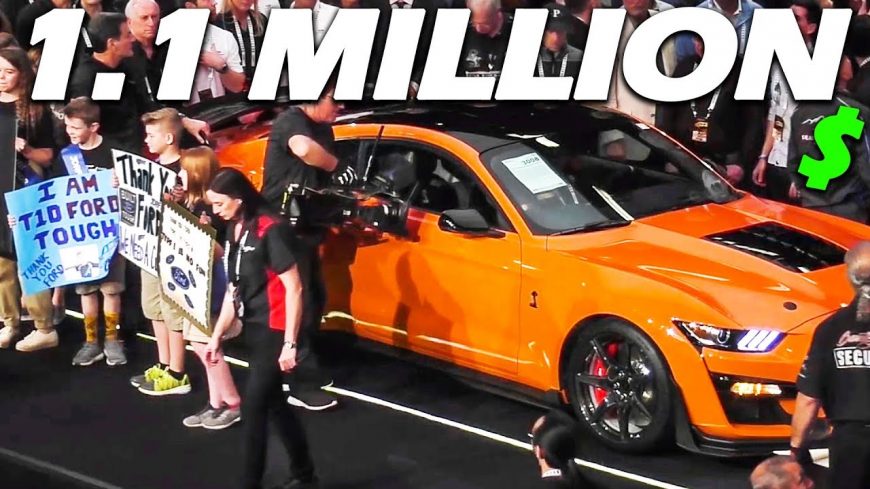 This week, Barrett-Jackson Scottsdale has seen a plethora of cars roll across the auction block which is to be expected. No matter which location of Barrett-Jackson is being discussed, we can always expect some interesting candidates to show their faces and sometimes, they bring pretty good money. While the record for sales at Barrett-Jackson stands at $5.5 million for a 1966 Shelby Cobra 427 Super Snake ($6.64 million or so in today’s dollars), any time an auction starts to inch toward that 7-figure mark, we get that warm and tingly feeling to see where it’ll stack up in the history books.

Sure, the 2020 Supra might’ve taken the weekend’s top bid at $2.1 million but hot on its heels was the likes of the first new-gen Shelby GT500 that would also find a way to inch past that million-dollar mark, finding itself with a bid of $1.1 million. It’s really hard not to love these auctions as most of the time, with the very first edition of a particular vehicle, the proceeds from the winning bid are shipped straight off to charity and the reemergence of the GT500 is no different as the charity of choice here is slated to go straight to the Juvenile Diabetes Research Foundation.

Below, we get the always exciting presentation as the emphatic auctioneer brings the bid up until it finally stalls out and the winner, Craig Jackson, who also happens to be the owner of the Barrett-Jackson now has the chance to add the first ever 2020 GT500 that doubles as the most powerful production Ford Ever to his collection. This is certainly one bad machine that is going home with the byproduct of a major contribution to a great cause. Hopefully, these charity auctions will be a tradition that doesn’t call it quits anytime soon! There’s no better combination than a good cause and lots of horsepower.