Unlikely Diesel Swapped Mustang Proves to be a Handful 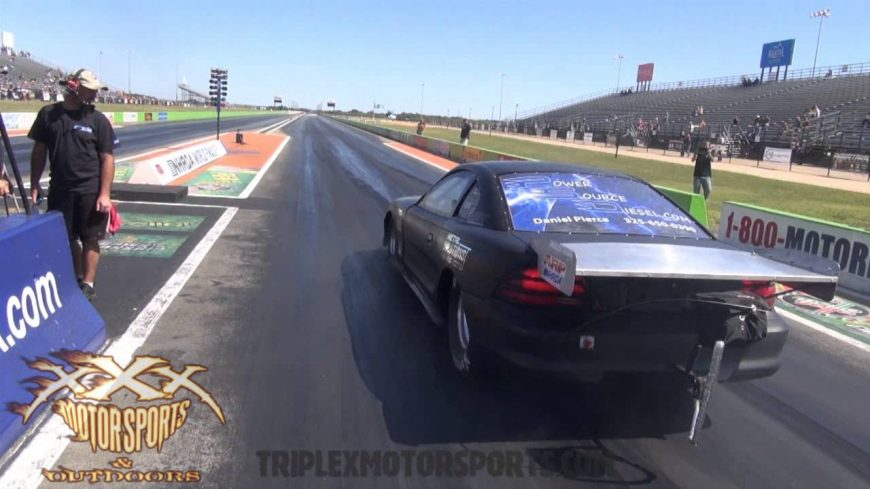 When you head to the drag strip and hear about a fast Ford Mustang, there are several things that you might expect to be under the hood. As these cars have declined in value and gotten to the point where most enthusiasts should be able to get their hands on one, people are snatching them up for racing and shoving whatever engine into them that they can get their hands on. Most of the time, it would probably be in the form of a small block Ford or maybe even some Chevrolet variant of the V8 whether it be a small block or an LS engine.

This time, however, we get a different outlook on this phenomenon of taking a Mustang and shoving a different engine into it. This time, we get to check out a Mustang that has received none other than Cummins power. That’s right, instead of any kind of traditional swap in this car, it receives a little bit of diesel action, cranking up the dial on that torque meter to 11 as this thing definitely gets out of the hole hard while it’s spitting black smoke in every which direction, showing off that it’s not your typical Ford. It definitely is enough to turn heads and really has a whole collection of muscle backing it up when it really comes down to it.

If you follow along with the video down below from the guys over at Triple X motorsports, you’ll be able to get the full effect of exactly what it’s like to see a Mustang with a diesel under the hood. This machine might be anything but common but it certainly appears to have the skills to pay the bills as the car manages a couple of 10-seconds passes as it roars down the strip with that unfamiliar exhaust note coming from the car. After seeing all that this Mustang has to offer, be sure to tell us what you think of the off-the-wall creation.

« Intense Brawl In The Street Following Road Rage Flare Up!