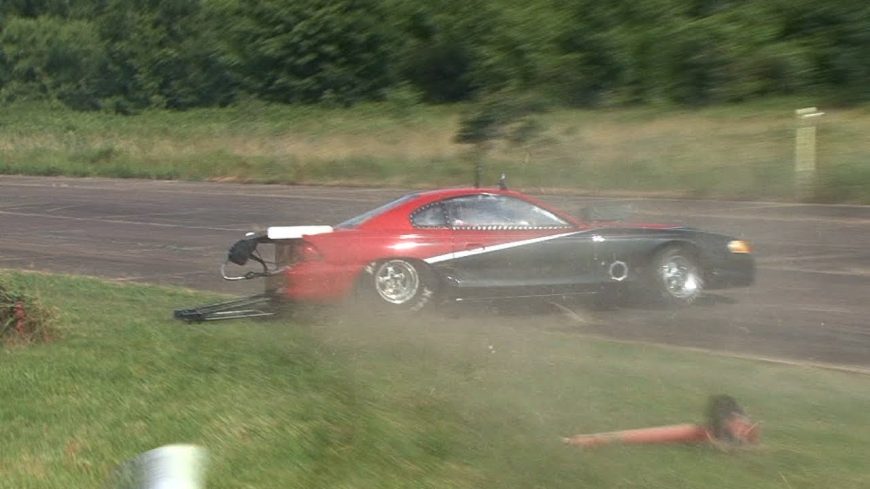 When you’re behind the wheel of a racing machine, you never really know what’s going to happen. Even if the competition in the next lane over plants hard and goes down the track as straight as an arrow, you sometimes can’t predict what’s even going to happen with your own ride when it starts putting the power to the pavement and gets a little bit squirrley itself!

This time, we ride along with a Ford Mustang going to head-to-head with a Chevrolet Camaro as flagged by JJdaboss. When the arm drop goes down, both cars rocket off of the line with the aim of gathering together traction and getting all of that power to stick to the ground. It Just so turns out that, in this case, one of the competitors did a lot better of a job at that than the other.

In the Urban Hillbilly Action Videos flick below, we ride along with the Mustang as it struggles to get traction, wobbling back and forth and even taking a slight dive off of the racing surface before coming back on as the car waltzes about, proving to be an uncontrollable beast for the time being. Thankfully, though, the driver was able to get his wits about him and pull the wild beast back down to earth once again before it caused any damage to the car or the people watching the race.

Situations like this are never fun to be a part of for the driver but always provide quite the adrenaline pumping video afterward. Follow along with this race and even get a look at what this all looked like from the top of the car thanks to a conveniently placed GoPro. With all the angles that you get of this wild display, it almost feels like you’re riding along in the car for yourself. While it’s unfortunate that this driver lost control of his car, he does look to be in good spirits and at the end of day, we’ll have a show to go home with all without any damage being done.